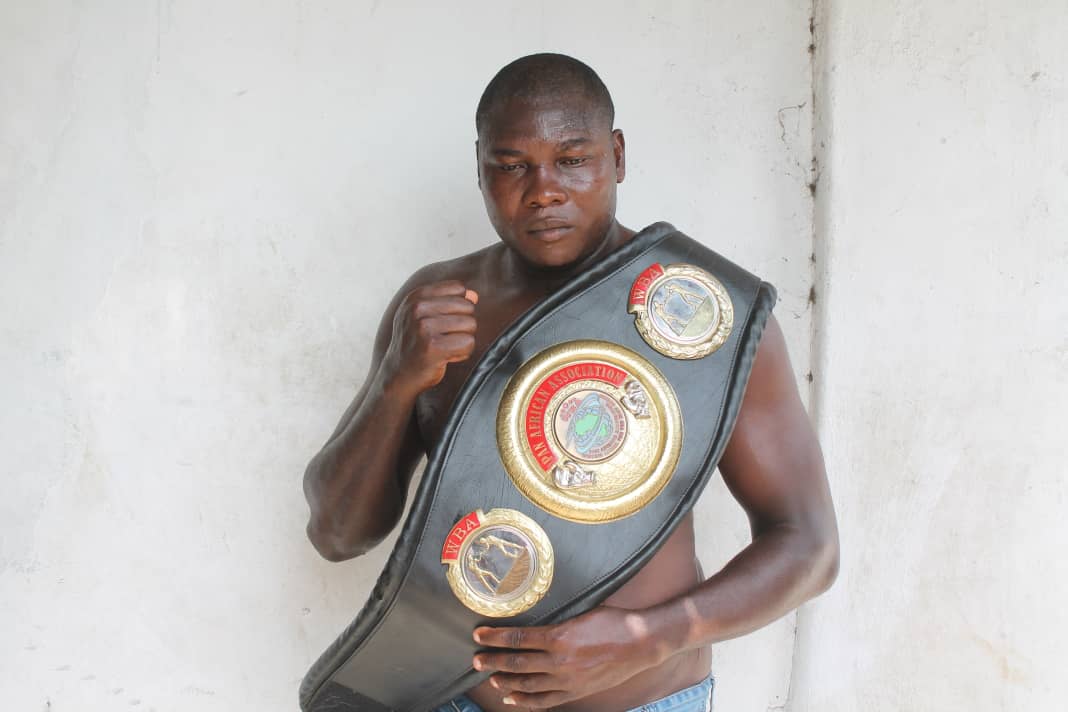 After a controversial vacant World Boxing Organisation (WBO) International and Commonwealth (British Empire) heavyweight title loss to Brit Daniel Dubois 17 months ago at the Royal Albert Hall, Kensington in the United Kingdom, world title hopeful Ebenezer Tetteh is staging a comeback on March 27 against hard-hitting veteran Haruna Osmanu in a WBAPan African heavyweight bout at the Cahaya Lounge at East Legon in Accra.

The match, which is a co-headline bout on the night dubbed “Night of Championship”, is a Soaq Empire Promotion boxing syndicate that also has British Prince Patel and Tanzanian Julius Kisarawe as the other top on the bill fight on the night.

Tetteh, 32 (19-1-0), who until his defeat to Dubois was undefeated, told the GraphicSportsOnline that a win for him would put him back into the limelight and the world ranking.

“I believe I was not treated fairly in London, I never lost that fight, but it is what it is and I have to move on and look to better things. On March 27, I will respond to my defeat with a powerful message,” he told the GraphicSportsOnline. 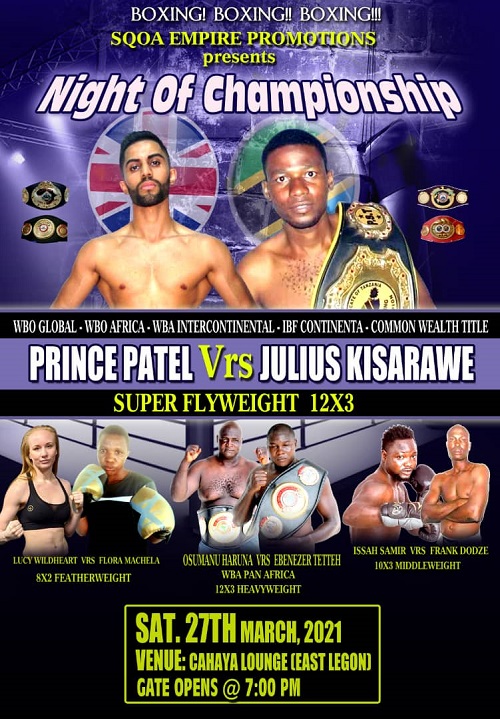 His opponent, Haruna, 40 (11-1-0), also lost for the first time in his career in November 2019 against Russian Arslan Iallyev in Moscow.

The fight, which is being sanctioned by the WBO Pan-African President, Stanley Christodoulou, is a partnership involving WBO Africa and Landmark Promotions who are Tetteh’s managers.

The CEO of Landmark Promotions, Anthony Kermah, expressed gratitude to Mr Christodoulou for the fight and the golden opportunity offered to Tetteh to redeem his career and chase the heavyweight world title currently in the hands of British Anthony Joshua.

The President of the Ghana Boxing Authority (GBA), Mr Peter Zwennes, who is supervising the fight on the night, is hopeful it will be a great night of boxing.

“Both fighters are very strong and in their prime and I know the earth will suffer on the night when these two elephants meet. Fans must come and watch a spectacle that will unfold before their eyes,” he told the GraphicSportsOnline.

Also on the undercard on the night will be middleweight world title hopeful Issah Samir against journeyman Frank Dodzi in a pulsating midddleweight encounter.

This will be followed by an all-ladies clash involving Swede Lucy Wildheart against Tanzania Flora Machela in an eight-round super featherweight bout.