Samir to roar on March 27 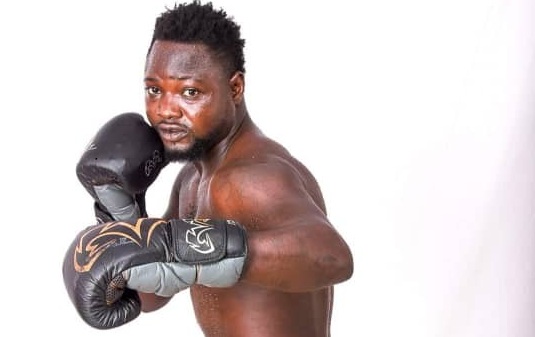 After suffering his first loss in the hands of Kazakh, Aidos Yerbossynuly, while in pursuit for the World Boxing Council (WBC), Asian Boxing Council (ABC),World Boxing Association (WBA) International and world Boxing Association (WBA)Global, former undefeated boxer, Issah Samir, will roar back in a clash against journeyman Frank Dodzi in a SOAQ Empire Promotions slated for March 27 at the Cahaya Lounge at East Legon in Accra.

Issah,31 (19-1-0), a junior lad to big brother Bastie Samir, a light-heavyweight fighter, said his risky foray into the supermiddleweight division didnt pay off hence his return to his natural weight division.

"I had an opportunity and I thought I could fight in the supermiddleweight division but it didnt work out well as I thought," Samir who suffered a third round technical knockout at the hands of his Kazakh opponent told the Daily Graphic in an exclusive interview yesterday in Accra.

He promised to bounce back against Frank Dodzi whom he has vowed to devour and knock-out in the early rounds.

"This upcoming fight on March 27 serves as a platform for me to regain my confidence as I have never lost before and show the world that I am capable of challenging for the world title," he told the Daily Graphic.

He also mentioned that the bout would prepare him to be in pole position to challenge for the WBA Pan-African middleweight championship in September while keeping an eye on the world title.


"I believe the best for me is to fight in my normal weight, and at middleweight I can defeat anyone in the world," he told the Daily Graphic.

Issah also believes a win against Dodzi and in the Pan-African Championship will place him in the world ranking.