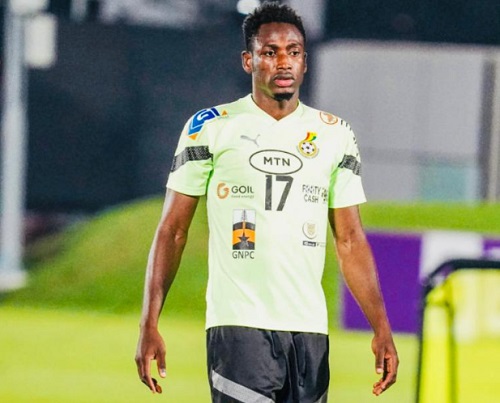 Black Stars coach Otto Addo has jumped to the defence of his left fullback Baba Rahman following criticism that his defensive error cost the Black Stars all three points against Portugal.

Rahman, 28, was singled out for criticism at the post-match presser after Ghana lost 3-2 to Portugal.

This followed his defensive lapse which saw a pass from Portuguese playmaker Bruno Fernandes go through his legs before Joao Felix finished expertly for Portugal's second goal.

However, Addo said overall Rahman defended very well during the match and made some excellent passes in the final third - one of which resulted in an assist for Osman Bukari's headed goal for Ghana in the 89th minute.

"What I don't like sometimes about press people is that surely you live for negative press," Addo said at Thursday's press conference.

Explaining why Rahman was caught out, Addo said it had to do with the Reading defender's position when he was running backwards.

"He was a little bit too wide, coming inside and the ball went through his legs and really, really unlucky but it is difficult to stop a ball when you are running sideways".

Ghana who are currently at the bottom of Group H with no points will play South Korea on Monday, November 28 at the Education City Stadium in Ar-Rayyan. The Koreans drew 0-0 with Uruguay yesterday.

The top two teams at the end of the group stage will join 14 others in the Round of 16.