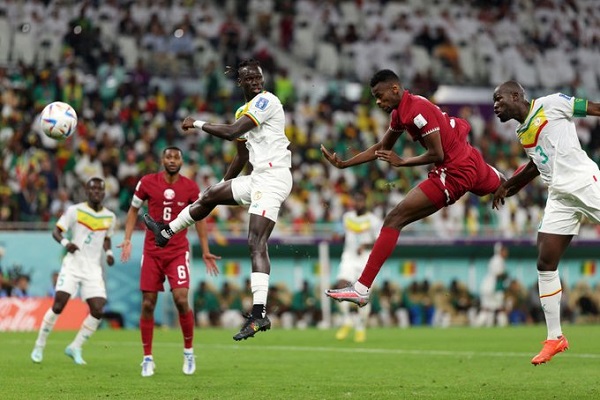 Ghanaian-born forward Mohammed Muntari scored the first FIFA World Cup goal for Qatar in a 3-1 loss as the hosts were all but dumped out of the Mundial by African champions Senegal.

Qatar conceded goals to Boulaye Dia and Famara Diedhiou on either side of half-time but were given a glimmer of hope when naturalised Qatari citizen Muntari powered home a 78th-minute header.

However, Bamba Dieng stamped out any smouldering embers of a comeback when he swept home the Teranga Lions' third.

Muntari, 28, currently plays as a striker for Al-Duhail in the Qatar Stars League.

Born and raised in Kumasi, Muntari moved to Qatar as a youngster and became a naturalized citizen.

He was a trainee at the GloLamp Soccer Academy owned by former Ghana international Nii Odartey Lamptey.

He was called up to the Qatar national team in December 2014 and made his debut on December 27, 2014, in a friendly against Estonia, scoring his first goal.