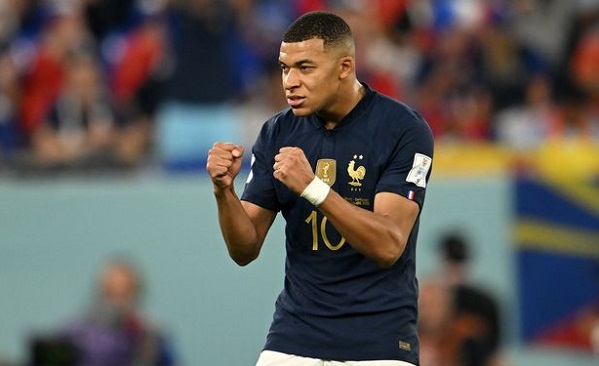 Morocco are beginning to dream big as their amazing run at the ongoing FIFA World Cup faces its biggest test yet against the defending champions, France, and a dreaded attacking machinery spearheaded by the competition’s leading scorer, Kylian Mbappé.

This evening’s second semi-final clash at the Al Bayt Stadium could be dramatic as the competition’s surprise side aims to deliver another killer blow to one of the favourites, with the French wary of the threat posed by Morocco who are expected to enjoy a noisy partisan support which could give them extra energy to continue their fairytale run in Qatar.

After defeating second-ranked Belgium and following it up with giant-killing feats against Spain and Portugal, the Atlas Lions have their tails up and aim to sink their teeth in another big prey and roar into the final – a previously improbable feat for a side with a 0.01 per cent chance of winning the World Cup at the start of the competition.

Newfound confidence
No one reflects the newfound confidence than Walid Regragui, the man who masterminded their historic feat last week as the first African side to reach the semi-finals of the World Cup. He told the media yesterday that they were not just satisfied with reaching the penultimate round but also had their eyes on football’s biggest prize and would not let the two-time world champions stand in their way.

“We want to go to the final and win. We are ready to do anything to achieve this goal. We will have extraordinary energy tomorrow. "Saying that we are satisfied to have reached the semi-finals does not suit us but the only chance to win it. We're not tired, tomorrow we're going to race,” the Morocco coach said at the pre-match press conference.

France passed a big test in their 2-1 quarter-final win against England in a game their leading striker Mbappé failed to score. The PSG striker remains a clear and present danger alongside Olivier Giroud, the AC Milan striker whose renaissance has been perfectly timed for Les Bleus, and scoring the winning goal against England and will be the focal point in attack for Didier Deschamps’ side.

France have quality in-depth in all departments and go into the match as favourites but they meet opponents who have conceded just one goal in the tournament and faced just 10 opposition shots on target, playing a defensive formula that has limited opponents who dominate possession to few scoring chances.

French defender Jules Kounde said yesterday that his side would need speed and intensity to "move their [Moroccan] defence around" if they are to find openings to score and avoid the fate that befell Spain and Portugal in the knockout phase.

Trusted system
However, the Moroccan coach is keeping faith in his trusted system of ball defending in a low block, sitting back and catching their opponents on the break. And he also has plans to keep Mbappé in check in tonight’s encounter expected to be watched by French President, Emmanuel Macron.

Regragui said defender Achraf Hakimi is looking forward to a “nice duel” with Mbappé, his teammate at Paris Saint-Germain but added that France does not just depend on their star player.

“We’ll have to block Kylian but not just him. Hakimi is super motivated to beat his friend," he said.

While France have a number of big game players, Morocco’s amazing team spirit is one of their key strengths, and along with tens of thousands fans rooting for them, it will feel like a home game for Morocco's players.

France threat
While Africa’s history-making side have maintained a clean sheet in four out of five games, Coach Deschamps is hoping that his forwards, backed by offensive midfielder, Antoine Griezmann, can find openings in the iron-clad Moroccan defence.

“Hope we can find a solution to break down their defence and score some goals. But it is not only the defence but they are a strong side as a whole, otherwise they would have not reached here.

“They have got some very good playmakers and we have been watching them closely." We are trying to find something and make a strategy to score a goal against them. We are going to break their defence down,” the French coach said yesterday as he spoke about his respect and admiration for his opponents.