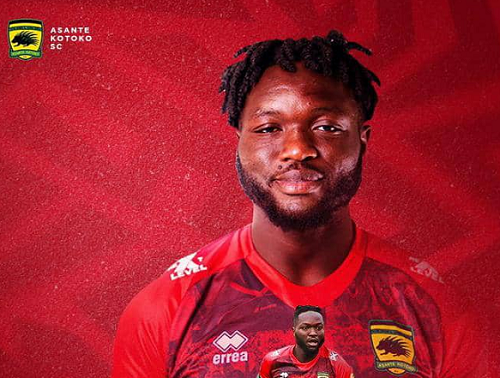 Midfielder Sulley Muniru has left Ghana Premier League giants Kumasi Asante Kotoko after reaching an agreement with the club to terminate his two-year contract which has run for barely three months.

The former CFR Cluj and Yeni Malatyaspor midfielder joined Kotoko in November 2020 but he has since struggled to stake down a starting role.

The club in a statement said the 28-year-old was leaving the club after a mutual agreement was reached on the termination.

The statement further disclosed that the Porcupine Warriors never paid Muniru any salary nor signee fee when he was signed.

"We wish to announce to our lovely supporters and the general public that Asante Kotoko SC and Muniru Sulley have mutually terminated their contract," the statement said.

"It is significant to note that this termination does not come with any compensation both now and in the future. It is also important to state as a matter of fact that Muniru Sulley since joining the club was never paid any salary nor signing fee.

"We wish to extend our best wishes to Muniru Sulley in his future endeavour".

Muniru is the younger brother of former Inter Milan and A.C. Milan player Sulley Muntari and he started his career with Ashanti Akim Missiles and Liberty Professional.

During the 2013 January transfer window, Muniru signed the first professional contract of his career. The midfielder was signed by CFR Cluj as a replacement for playmaker Modou Sougou, who left the club for Marseille. He wore the number 48 on his jersey to celebrate his mother's (née Hajia Kande) birthday.

In June 2015, aged 22, Muniru joined FCSB on a four-year contract, with the Romanian champions paying an undisclosed fee for his transfer. He scored his first goal for the club against AS Trenčín, in the Champions League second qualifying round's second leg.

In November 2017, Muniru joined Tondela on a deal until June 2019. He made a total of four appearances for the club and assisted once.

In August 2019, he joined Russian Premier League club FC Tambov. He was removed by Tambov from their squad on 30 May 2020, after only appearing in one Russian Cup game for the club and has been without a club since July 2020.