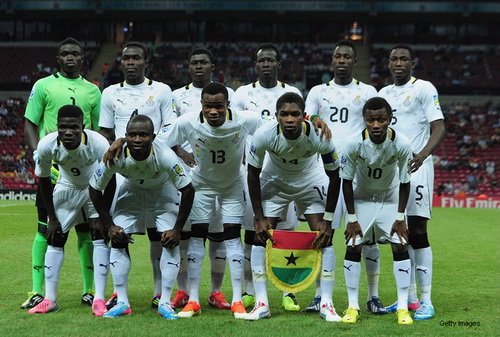 Ghana’s Under-20 side, Black Satellites, arrived in the Turkish city of Kayseri yesterday ahead of their final group encounter with the United States of America as they hope to breath life into their troubled World Cup campaign.

The 30-man contingent which arrived at the Hilton Hotel at Kayseri looked poised to clinch their first win, which could salvage their dream of making it into the last 16.

The Satellites, despite their two defeats, still have an arithmetic chance of making it to the next stage. The competition has created a window for the third best in some groups to join the first 12 teams that emerge from the winners of the six groups, with Ghana battling the likes of Nigeria, Uruguay and El Salvador, Australia, Mexico and Mali for one of the three slots.

Incidentally, among the four only Ghana is yet to win a game, but the Satellites hope to turn their doom into glory in tomorrow's encounter and win their first match at the tournament.

For the entire players nothing could be so humiliating than for the 2009 World Youth champions to crash out of the competition without a single win or suffer three straight defeats for the first time at the global stage.

Last night after their first workout at the Kadir Has Stadium, the players were locked up in a long meeting with team officials on the need to win tomorrow’s game at all cost.

With striker Ebenezer Assifuah winning a fitness battle, the team appear to have very little injury worries ahead of their image-redemption mission tomorrow.