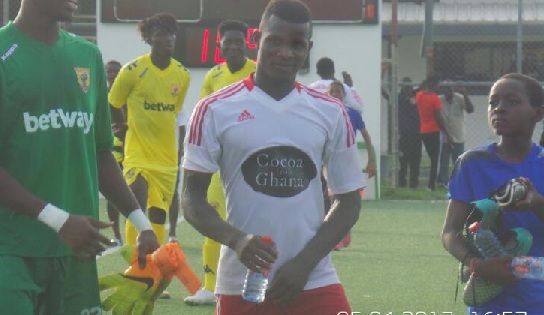 Daniel Lomotey and Kwame Peprah scored a brace each for both sides in thrilling encounter.

WAFA’s defender Konadu Yiadom opened the scoring with a header in the 17th minute from a corner kick after dominating play.

In the 33rd minute, King Faisal shocked the hosts with the equaliser courtesy Kwame Peprah who capitalised on the blunder of WAFA’s defence who gave away the ball too easily to punish the academy boys.

Just after the interval, debuntant Agbevor put WAFA ahead with a powerful strike from outside the box.

In the 65th minute, striker Daniel Lomotey was at hand to score the third goal of the match with a fine finish.

With King Faisal dazed, WAFA scored their fourth foal via Lomotey just three minutes after the opener but the visitors scored twice in the final minutes of the game through Wadudu Yakubu and Peprah to lose 3-4.