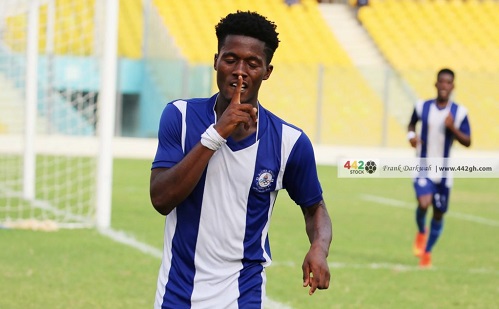 Though Quaye is due to travel to Switzerland for trials with FC Basel in the coming weeks, his manager and owner of the Attram De Visser Academy, Godwin Attram, is not ruling out a possible move to interested clubs in the Ghana Premier League.

In an interview with the Graphic Sports, Attram explained that his club would welcome an offer from any local side that was willing to pay the desired price for the player.

“A club has invested so much in the boy and is looking to recoup their investment so if a local side can meet the demands of Attram De Visser, why not?

“The first option is for him to have the trials with Basel, which I believe, would go on as planned, but if he is unable to go through then we can look at other options,” Attram revealed.

Quaye played a significant role in Great Olympics’ impressive ran in the Ghanaian top flight last season and also won the Africa U-20 Cup of Nations with the Black Satellites in Mauritania.

However, there has been controversy over his exit from the Wonder Club at the end of last season, but Attram explained that Quaye’s move to Olympics was a loan.

He explained that the player had the chance to travel to either move to LA Galaxy in the US or Belgian outfit, KSC Lokeren, in April but Olympics declined them to enable him finish the season with the club.

“Ashie has never been an Olympics player and I have to make that clear to the public,” Attram stated.

“Before he joined the club, he had already been on trials at Porto two years ago. In April this year, we had a deal for him to either join LA Galaxy or KSC Lokerem, but Olympics blocked the moves for him to finish the loan,” he stressed.