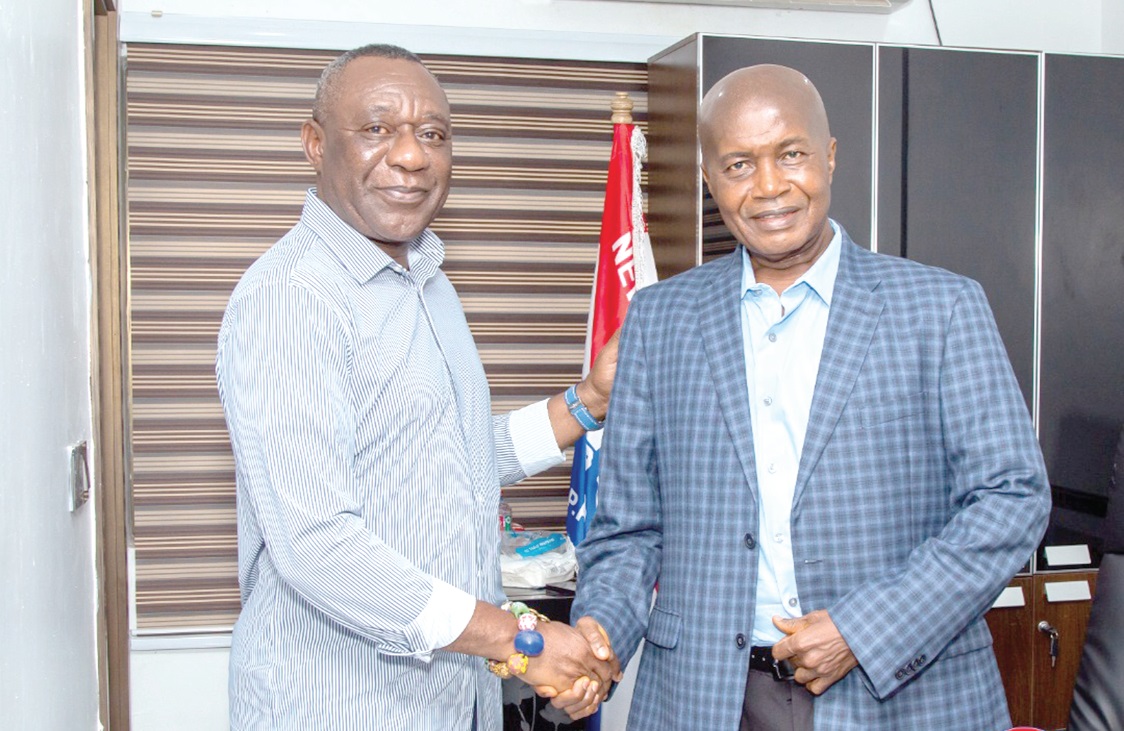 The National Chairman of the ruling New Patriotic Party (NPP), Stephen Ayesu Ntim, has stressed the need for strong and effective collaboration among various stakeholders of the party and government functionaries as the party seeks a historic third consecutive victory in the 2024 general election.

That, he said, had made it necessary for the leadership of the party to institute what he termed the ‘Party-Government Engagements’ for broader collaboration between government appointees and party stakeholders in preparation for the general election.
Mr Ntim stated this when the Chief Executive Officer (CEO) of the Environmental Protection Agency (EPA), Henry Kwabena Kokofu, paid a working visit to the headquarters of the ruling party in Accra last Wednesday.
It formed part of the party-government engagements initiative aimed at bridging the gap between government appointees and various stakeholders of the party.
Those present during the visit included the General Secretary, Justin Frimpong Kodua; the National Third Vice Chairperson, Alhaji Masawudu Osman; the National Women Organiser, Kate Gyamfua; the Deputy General Secretary, Dr Antoinette Tsibu Darko, and the Deputy General Secretary, Haruna Mohammed.

Success
Mr Kokofu indicated that as the primary regulatory body of the country’s environment, the agency, under his leadership, had formed international alliances in furtherance of the country’s climate mitigation and adaptation interests.
In accordance with this, he said the EPA, during the recently held Conference of the Parties (COP 27) to the Paris Climate Agreement in Egypt, strongly advocated for rich industrial countries to bear the cost of climate-induced disasters and disruptions to the local economies of developing countries.
He noted that the move bore the potential to attract international donor funding for the nation’s climate adaptation and mitigation interventions.
Mr Kokofu also disclosed that the EPA and the government had relentlessly sought to make the country a leader in global environmental concerns, culminating in it assuming the presidency of the Climate Vulnerable Forum (CVF), an association of 55 of the most climate-threatened countries in 2022.
He further noted that upon assumption of office, he pursued a robust recruitment drive to shore up the staff strength of the agency, which had improved its operational efficiencies.

Illegal mining
Commenting on the menace of illegal small-scale mining in the country, popularly known as ‘galamsey’, Mr Kokofu asserted that while the laws of the country did not prohibit mining, it was incumbent on all miners to adhere to safe environmental practices to sustain the country’s natural environment.
He hinted that measures had been initiated to transform the EPA into an authority, a development that would make the agency the first to issue permits for all activities related to the environment.
That, he noted, would contribute to the agency’s effectiveness in pursuing its mandate of safeguarding the environment.