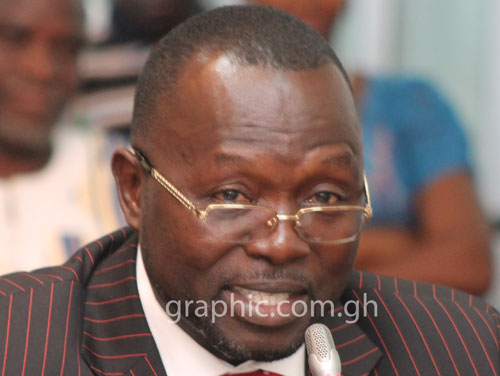 The National Democratic Congress (NDC) Member of Parliament for Bolgatanga East, Dr Dominic Ayine, has reacted to the reshuffle of the leadership of the Minority in Parliament and said it was an "undemocratic decision".

He said the internal organisation of a political party must conform to democratic principles and its actions and purposes shall not contravene or be inconsistent with the Constitution or any other law.

Based on that, he said, the question remained whether or not dictating the leadership of the Minority Caucus from the NDC party head office conformed with democratic principles.

He said the most democratic way for a party to choose its parliamentary leaders would have been for Members of Parliament to meet, deliberate, nominate and elect their leadership in consultation with the party.

“Anything falling short of that would come close to democracy if there are consultations and the building of consensus but what has happened now, with all due respect to the party’s leadership, falls short of being a democratic decision,” he said.

Dr Ayine, a former Deputy Attorney-General and Minister of Justice called on the national leadership to accord reasons why it took the decision.

“The Minority Caucus must be told why the new appointments had been made to legitimise the appointment,” he told the Daily Graphic.

Describing the new crop of leaders— Dr Forson, Messrs Buah and Agbodza — as fantastic legislators and a “great team” that could competently handle the front bench of the Minority, Dr Ayine, however said “procedurally what has happened undermines the legitimacy of their leadership.”

“The procedure that has been used will ultimately raise a storm that will eat into their legitimacy as leaders and they need to weather that storm very well for us not to sink the ship of the Minority in Parliament,” he added.