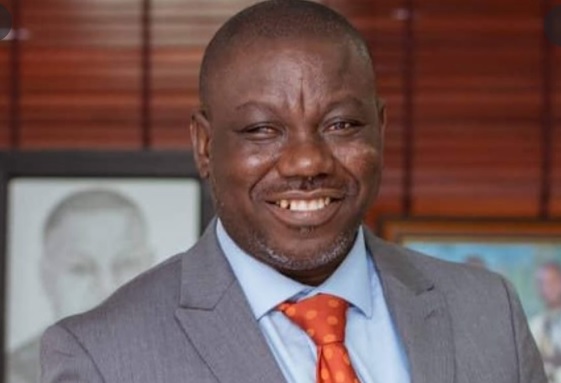 The National Democratic Congress (NDC) Member of Parliament (MP) for Bolgatanga Central, Mr Isaac Adongo, has advised the government to resist any temptation to request for additional funds to spend at the upcoming mid-year budget review.

He said the current economic situation required that the government reduce its expenditure to avoid crashing the economy and burdening the citizens with more debts and taxes.

Mr Adongo, who is also the Deputy Ranking Member of the Finance Committee of Parliament, was speaking at a public lecture organised by the Coalition of Restoration (CFR), a political pressure group, in Accra yesterday.

He spoke on the theme: “Ghana's economy: A victim of COVID-19 or pre-existing conditions?”

The dialogue series has been initiated to stimulate discourse on critical national issues.

Mr Adongo, a chartered accountant and financial management specialist, said the government's inability to control expenditure had led to more borrowing, which had worsened the plight of the populace and the economy.

Mr Adongo said the implications of the government's increased appetite for borrowing started manifesting in 2019 when debt servicing (interest and amortisation) expressed as a percentage of tax revenue exceeded 70 per cent.

Against that backdrop, he said, the trajectory would be maintained even in the medium term.

Describing Ghana's debt servicing as the singular most important element of fiscal and public debt risk, the Bolgatanga Central legislator said it had deteriorated by 17 per cent (from 55.8 per cent of tax revenue in 2018 to 72.5 per cent in 2019).

“As a matter of fact, although debt service experienced elevated levels of vulnerability in 2020 (86 per cent) with lower levels of revenue and increased borrowing, the situation of the deterioration in 2019, and flowing from the trajectory, it is clear that Ghana is in an unsustainable debt service quagmire,” he said.

Mr Adongo posited that the deterioration in 2020 of about 11 per cent was far better than the 17 per cent suffered in 2019.

That, he said, was an indication that the country's current debt level was not as a result of COVID-19.

Mr Adongo said another issue of grave concern was the ability of the economy to pay for debt accumulated.

“Ghana's debt-to-Gross Domestic Product (GDP) ratio shows that while our public debt is growing at a faster rate, the economy is growing at a slower pace, and that is unable to anchor debt sustainability.

“In other words, we are not growing the income-earning opportunities of Ghanaians enough, such that Ghana can generate the pool of income necessary to ensure that we can generate significant resources from the economy to pay for and service these debts,” he explained.

The debt-to-GDP ratio, Mr Adongo said, improved slightly from 56 per cent in 2016 to 55 per cent in 2017, consistent with the improvement in the economy from the seeds sowed by the previous administration.

“However, from 2018, the debt-to-GDP began to worsen to 57 per cent above the 2016 levels and increased further to 62 per cent in 2019. Clearly, Ghana's economy and the trajectory of debt accumulation had long gotten worse by 2019 and could only get worse in 2020.

The MP for Bolgatanga Central said what was even more worrying was that the government and the International Monetary Fund (IMF) projections showed that Ghana's debt-to-GDP in the medium-term would hit 86 per cent by the end of 2024.

Mr Adongo, who is a Minority spokesperson on finance and the economy, said the accumulation of arrears due contractors was affecting the flow of liquidity within the financial system, as contractors could not repay their loans, which had created a cycle that resulted in a liquidity crunch.

“I may be right if I attribute the supposed banking crises to the failure of the government to pay contractors who were owed in excess of GH¢5.7 billion. As of the end of 2020, both road and non-road arrears were estimated at some staggering GH¢8.2 billion,” he posited.