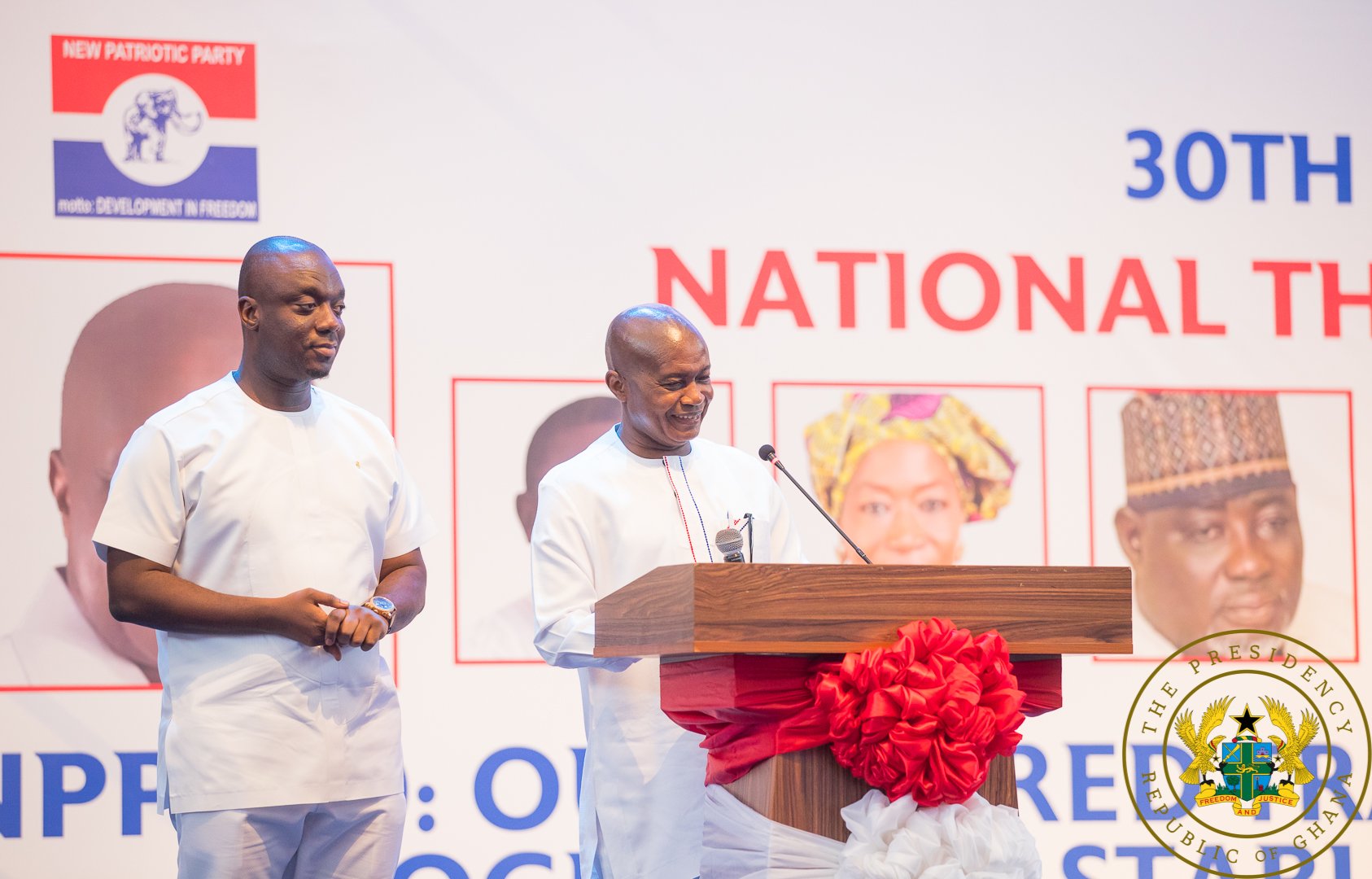 The leadership of the New Patriotic Party (NPP) has urged all stakeholders to remain calm, as the party seeks an amicable resolution to the impasse of whether or not Mr Ken Ofori-Atta should be removed as Finance Minister.

In a statement issued Tuesday night (October 25, 2022), the National Chairman of the NPP, Mr Stephen Ayesu Ntim said the leadership was committed at all times, to engage government on issues of utmost interest and concern to the party, government, and the citizenry.

The development follows a back bench rebellion in Parliament, as some majority NPP MPs have called on President Nana Addo Dankwa Akufo-Addo to sack Ken Ofori-Atta and Charles Adu Boahen from the Finance Ministry in the wake of the economic challenges facing the country.

Also in Parliament today, the Minority side filed a motion for the impeachment of the Finance Minister and called on the Majority side to support the move.

Economist Kwame Pianim on his part has called on Ghanaians to rally behind President Akufo-Addo to drive the economy out of its current challenges.

Speaking on behalf of the group of NPP MPs wanting to see Mr Ofori-Atta out, Andy Kwame Appiah-Kubi, the NPP MP for Asante Akyem North said they want the two out to help restore hope in the economy.

Below is a copy of the NPP statement by Chairman Ntim

The National Executive body of the New Patriotic Party (NPP) has taken notice of a press conference held on Tuesday October 25, 2022, by some members of the Majority Caucus of Parliament, demanding amongst others, the immediate resignation or dismissal of Hon. Ken Ofori-Atta, Minster for Finance; and Hon. Charles Adu Boahen, Minister of State at the Finance Ministry respectively.

In view of the above development, the leadership of the party is currently engaging Government as well as tie Parliamentary Group, and urges all stakeholders to remain calm as it seeks an amicable resolution to the impasse.

The leadership of the Party, herein, reiterates its commitment to at all times, engage Government on issues of utmost interest and concern to the Party, Government, and the citizenry.

May God bless our homeland Ghana and make the New Patriotic Party great and strong. 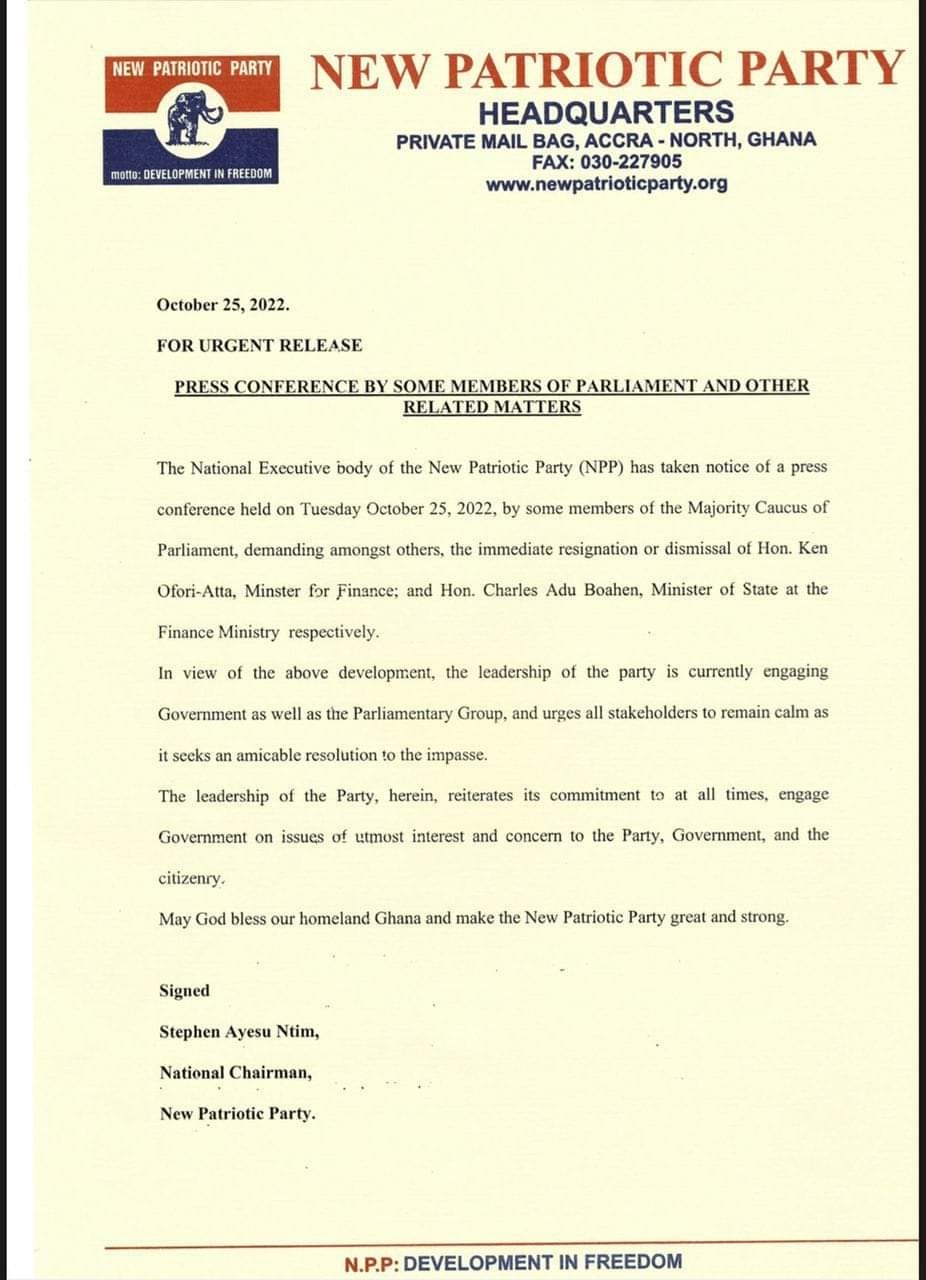