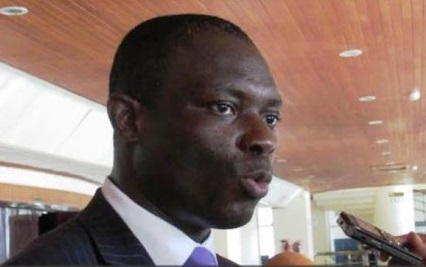 Kwaku Kwarteng, Chairman of the Finance Committee of Parliament

Parliament has approved the $28 million medium-term loan agreement involving the government, Members of Parliament (MPs) of the Eighth Parliament and the National Investment Bank (NIB) Limited to finance the purchase of vehicles for parliamentarians from 2021 to 2024.

Additionally, the House okayed the request for the waiver of $13.1 million tax and duties for the purchase of vehicles for the official use of MPs and the Council of State members from 2021 to 2024.

Endorsement
The approval came after the Chairman of the Finance Committee, Mr Kwaku Kwarteng had moved a motion for the House to adopt the committee report and recommendations, which was unanimously supported by all the members of the House.

The motion was seconded by the Ranking Member, Dr Cassiel Ato Forson.

The chairman said the loans were necessary to provide the framework for the disbursement of funds by the NIB to finance the purchase of vehicles for MPs and Council of State members.

He said the need for a safe and reliable means of transport for MPs, in particular, in the performance of their functions between Parliament House and their respective constituencies could not be overemphasised.

According to him, the agreement in relation to the MP required an undertaking by the Parliamentary Service of Ghana to make deductions from the remuneration of the beneficiaries at source and to issue a single cheque to cover the monthly repayments of the loan.

In the case of the members of the Council of State, he said the Ministry of Finance was required to secure an undertaking from each beneficiary to ensure that allowances were channeled through their accounts with the NIB and to mandate the NIB to effect deductions for the purpose of the loan repayment.

“Additionally, the loan agreements require each beneficiary to obtain a comprehensive insurance to cover the vehicles purchased,” the report said.

Numbers
He told the House that the committee agreed with the Ministry of Finance that the number of vehicles to be purchased by each beneficiary member be capped at two for the purposes of the tax waiver which shall not exceed the cedi equivalent of $43,750 for any member.

“Thus, any member who purchases more than two vehicles will be required to foot the tax bill on the extra vehicles even if the total tax exemption on the first two has not exceeded the tax exemption cap,” he said.

Discontinuation
He pointed out that the committee took note of recent concerns expressed by many sections of the public about the burden the current vehicle loan arrangement for MPs and members of the Council of State imposed on the public purse.

“These legitimate concerns are fueled by the fact that of all the Article 71 office holders, it is only MPs and Council of State members who benefit from these vehicle loans, part of which are re-paid by the state,” he said.

“The committee took the view that as representatives of the people, MPs cannot continue to leave these concerns unattended which weakens the confidence Ghanaians have in us and we have a responsibility to reflect the values and ideals of the people we represent,” he said.

Accordingly, the committee strongly recommended to Parliament the discontinuation of the current vehicle loan agreement for MPs and the Council of State members, he said.

“Members of Parliament and the members of the Council of State should have similar duty post vehicle arrangements as other Article 71 office holders have. And the committee respectfully recommends that Parliament and the Parliamentary Service take the necessary steps to ensure that this happens.

“The instant vehicle loan arrangement for MPs and Council of State members before us today should, therefore, be the last one the state is sponsoring,” he added.