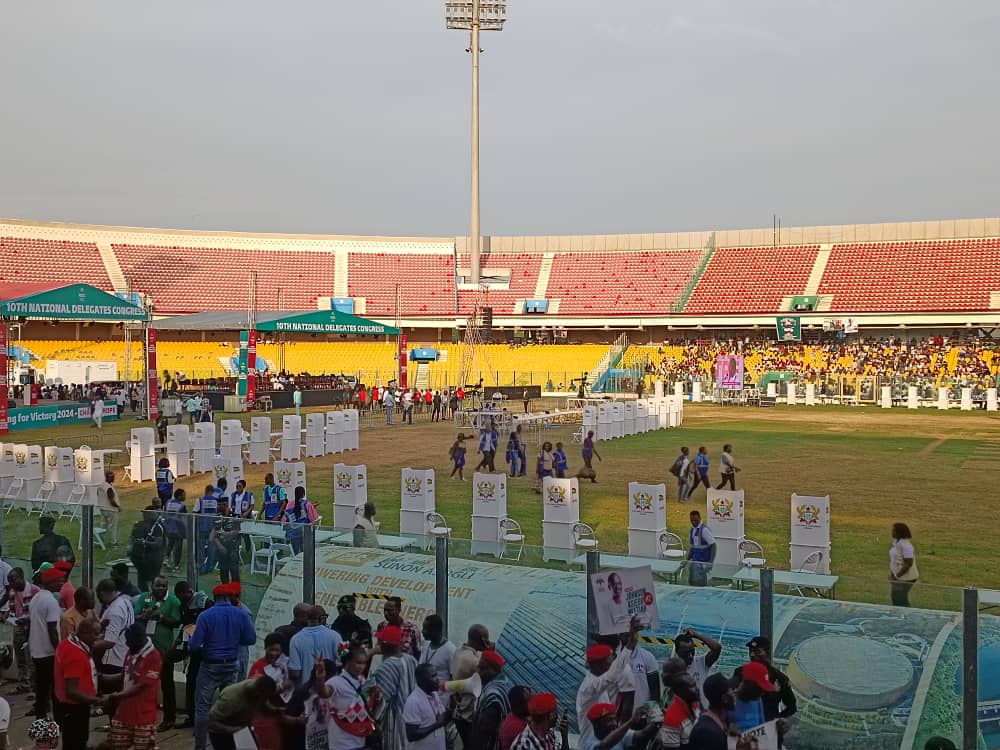 Delegates from three constituencies and an individual have been barred from voting at the ongoing 10th National Delegates Congress of the National Democratic Congress in Accra.

They are delegates from Dormaa Central, Manhyia South and Agona East who have been restrained by pending injunctions by the court while the Eastern Region Women's Organiser, Sherry Naana Amoah is also the subject of a court injunction.

This was announced shortly before the introduction of persons of the ballot paper of the elections.

Additionally, delegates have also been warned against using their mobile phones in the voting booths.

According to the Kofi Adams, phones will be seized and held if a delegate is seen using them.

About 9,000 delegates are expected to vote in the poll to elect national executives to steer the affairs of the party for the next four years.