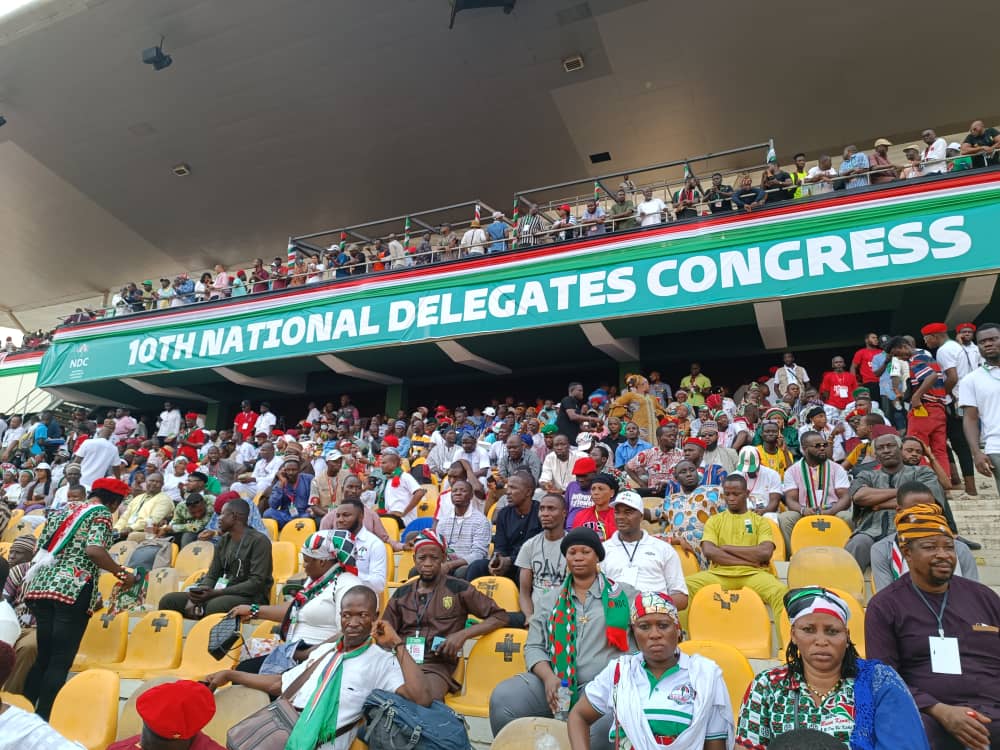 The National Democratic Congress (NDC) was able to raise GH¢1.083 million to support in the organisation of its 10th National Delegates Congress, former President John Dramani Mahama has said.

Addressing the 10th National Delegates Congress of the NDC at the Accra Sports Stadium today, he said the money was raised through Mobile Money contributions in 12 days with GH¢10.

"This is a demonstration of the love that Ghanaians in general and members of the NDC have for the party and for worthy cause we embarked on", he said.

Mr Mahama expressed appreciation to those who donated and those who wished to remain unanimous.

He thanked those who also provided non-monetary gifts such as packs of water.

Former President Mahama said six years of reckless and irresponsible management of the economic has rendered Ghanaians broken and struggling to survive.

"Akufo-Addo and Bawumia government has supervised the worst economic conditions in several decades and brought to Ghanaians hardship", he stated.

He however asked Ghanaians not be despair and that the country would rise to a new dawn.

The NDC National Chairman, Samuel Ofosu Ampofo, said party unity was non- negotiable and that informed the team of the congress " Rallying for victory 2024! Ghana's hope".

We need to be united even in the diversity in which we find ourselves", he said.

The out going General Secretary, Mr Johnson Asiedu Nketia said the NDC has made a lot of progress over the last four and that he was optimistic of the party winning the next elections in 2024.

"But we cannot win the 2024 general elections with a divided front.