Rawlings and his guests, led by Mr. Kojo Bonsu, in a group photo Follow @Graphicgh

Former Mayor of Kumasi, Kojo Bonsu on Friday informed the Founder of the National Democratic Congress, Flt Lt Jerry John Rawlings, of his intention to contest the flagbearership of the party.

Accompanied by his campaign team and some sympathisers, Kojo Bonsu who was integral in the organization of the post-2016 election unity walks by some leading members of the party, said the walks afforded him the opportunity to listen to the concerns of the grassroots supporters hence his decision to contest.

“The walks were for the grassroots who are aggrieved. The walks were to mobilise the party. I have been around the country, spoken to the people and listened to them. Kojo Bonsu wants to run,” he informed the party founder. 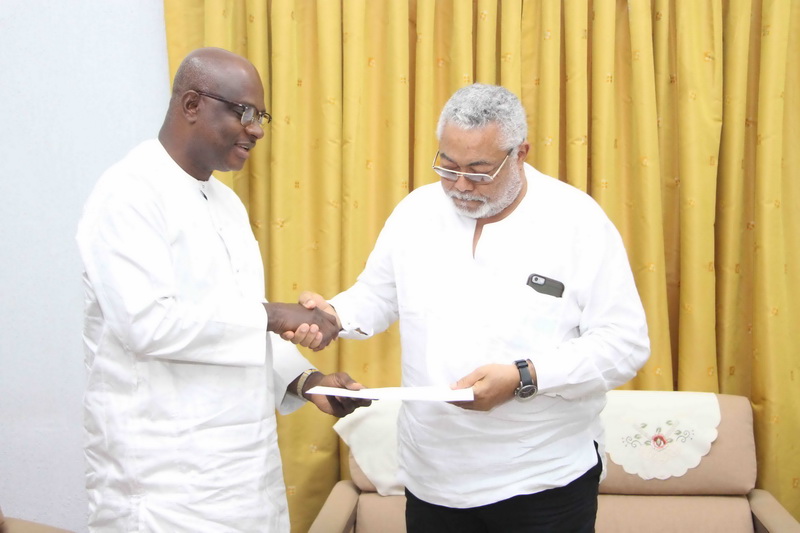 The new entrant to the NDC Presidential race said contrary to widespread views that the walks were a proxy for a John Mahama comeback, it was he Bonsu’s contribution to the party’s efforts to motivate and revitalise a despondent party.

Responding to Bonsu’s declaration, the former President said it was refreshing that someone from the Ashanti Region had decided to join the race.

“Not only is he a leading, active, prominent member of the party, but the very fact that he’s an Ashanti for me is quite refreshing. Some of our narrow-minded colleagues from the past did not handle the Ashanti factor well enough. The Akan speaking areas of Ashanti provided a very dynamic presence during the revolution days,” the former President said. 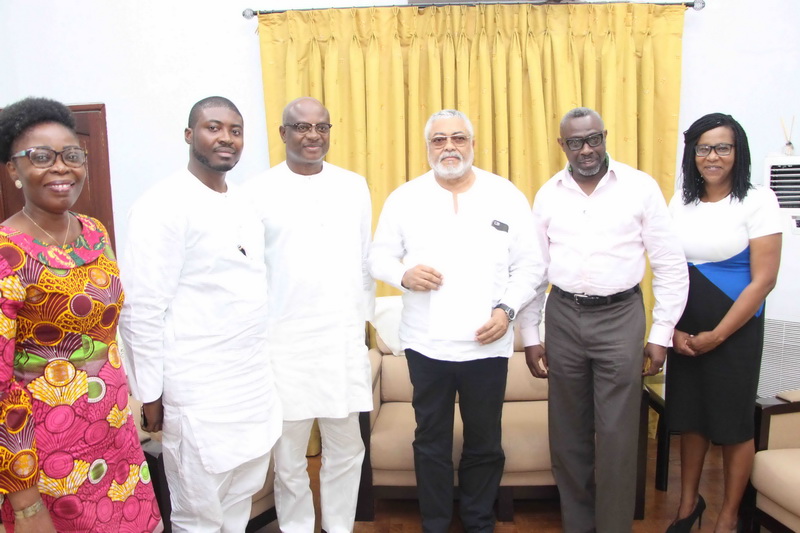 He added that as the country entered multi-party constitutional rule in the early 1990s, some took advantage of ethnicity for political expedience. “There are those who can only play the politics of ethnicity so it began to weaken the nationalistic climate and fervour.”

Flt Lt Rawlings said the role of party flagbearer required a strong tenacity of purpose and the support of a dedicated and committed crop of people who possess a high level of integrity.

Former Eastern Regional Minister, Antwi Boasiako Sekyere and former Member of Parliament, Fritz Baffour who were part of Mr. Bonsu’s delegation further disabused the impression that Bonsu was a proxy for John Mahama. Boasiako Sekyere said the NDC needs to demonstrate a compelling narrative for the future, describing Kojo Bonsu’s action as a ‘bold move’.

“It will demonstrate to the grassroots that we need go back to our principles and values. We need to demonstrate that the NDC is not a party for the rich. That is why I followed him here,” he stated. 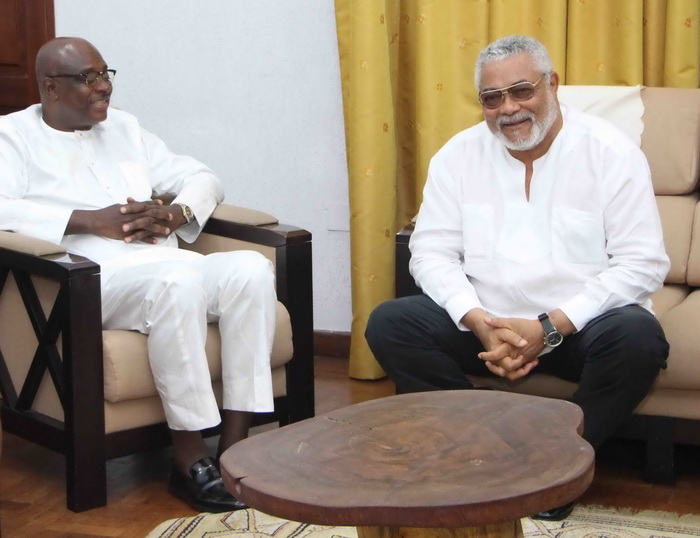 On his part, Fritz Baffour said when the NDC was established it was a party for the people, but apathy set in because of the lack of accountability to the people. The man on the street, he stated, says we are in a hopeless situation. He said it was important that members of the party make a stand to fight what is inimical to the fortunes of the party.