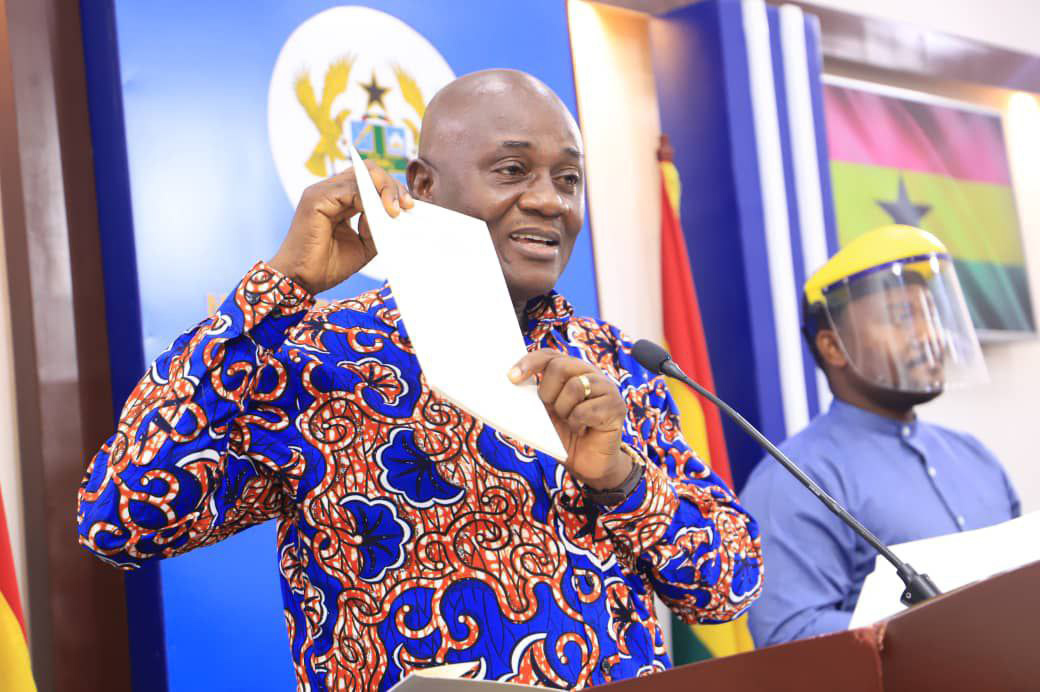 Mr Dan Botwe, Minister for Local Government, Decentralisation and Rural Development, displaying a copy of the MMDCE nominees signed by the President at the Conference Room of the Ministry of Information. Picture: Samuel Tei Adano

Some current chief executives of metropolitan, municipal and district assemblies (MMDAs) will not be returning to their roles following the release of nominees for the various MMDAs in the country.

Ms Tawiah is the first woman to be nominated as the AMA Chief Executive in the Fourth Republic.

These new nominees are part of the 260 individuals selected to lead government business at the local level, and they are made up of 36 females and 224 males.

The North East and the Ahafo regions have the least number of nominations — six each.

Announcing the list at a media engagement organised by the Ministry of Information in Accra yesterday, the Minister of Local Government, Decentralisation & Rural Development, Mr Dan Botwe, said the nomination of MMDCEs was the sole mandate of the President, which is enshrined in the 1992 Constitution.

The nominated MMDCEs are expected to be subjected to voting by assembly members in their various MMDAs for approval before they will be issued with appointment letters.

Per Article 243 (1) of the 1992 Constitution, the chief executive for every MMDA shall be appointed by the President, with the prior approval of not less than two-thirds majority of members of the assembly present and voting at a meeting.

Reacting to incidents of violence that erupted in some communities ahead of the announcement, Mr Botwe called for calm and assured the public that the security agencies would step in to manage such incidents.

“That is a welcome suggestion, but even if we don’t give them performance contracts, the guidelines for MMDCEs are all stipulated and they will have to act in accordance with them,” he said.

He said plans were in place at the ministry to re-examine the roles of MMDCEs to ensure that they delivered on their mandates to deepen decentralisation in the country.

Mr Botwe, who is also the Member of Parliament for Okere in the Eastern Region, noted that the government was still in support of the view that MMDCEs should be voted into office along political party lines.

“We are for the voting of MMDCEs along party lines, but our opponents went against the consensus that the President thought he had reached,” he said.

Prior to the announcement of the nominees for MMDAs, the Director of Communication of the New Patriotic Party (NPP), Mr Yaw Buabeng Asamoah, had, at a press conference in Accra on Friday, September 17, called on party members to accept and support the President’s nominees.

“We expect all stakeholders, especially party executives at the grass-roots level, to accept the list that will be released in good faith. Every nominee on the list is selected by the President, and we expect party grass roots and executives to trust his judgement and support the approval process for these nominees.

“Not everyone will have his or her preferred choice; however, we believe that as much as possible, every eligible candidate must have had a fair bite of the election process,” he said.