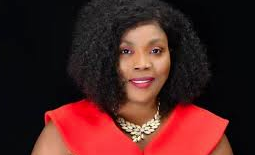 The National Chairman of the People's National Convention (PNC), Mr Moses Dani Baah, and leader, Mr David Apasera, have been sued in a bid to recover GH¢1.7million of campaign funds.

In a suit filed at the Accra High Court, the PNC which describes the two as former Chairman and former leader, accused them of mismanaging the funds meant for the party's 2020 election campaign.

The suit filed on October 15, 2021 adds to the current infighting that has rocked the party, a situation that has created various factions, counter accusations and numerous suspensions.

Apart from the GH¢1.7m, the PNC is also seeking interest on the amount at the prevailing interest rate, as well as recovery of another sum of GH¢150,000.

The party is also seeking an order from the court restraining Mr Dani Baah and Mr Apasera from holding themselves out as the national chairman and leader of the PNC respectively.

The plaintiff also wants the two defendants to pay cost, including legal fees it expended on the case.

Making a case for the civil action, the PNC argues in its statement of claim that the GH¢1.7million were donations it received from various sources to execute its 2020 electioneering campaign.

According to the plaintiff, in the course of the preparation of its audited account to be submitted to the Electoral Commission (EC), the General Secretary of the party realised some irregularities in the amounts drawn from the party's accounts.

The suit accused Mr Dani Baah and Mr Apasera of withdrawing the amount without the consent of the party.

The plaintiff added that apart from the civil action, it has also petitioned the CID to investigate the issue.

"On September 14, 2021, the General Secretary wrote to the Director-General of the Criminal Investigations Department to investigate the defendants for stealing. As a result of plaintiffs conduct, the sum of GH¢1.7 million and a further sum of GH¢500,000 are owed and due plaintiffs by defendants," the statement of claim added.