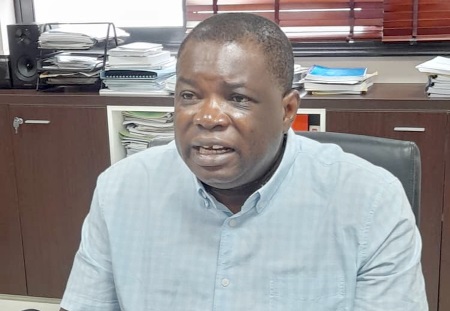 The Minority in Parliament has called on the Auditor-General (A-G) to invoke its constitutional powers and call for the prosecution of the board and management of the Ghana Infrastructure Investment Fund (GIIF) for payment of the $2 million to the Accra Sky Train project.

It stated that the A-G must “send” the management of the GIIF to the Economic and Organised Crime Office (EOCO) for being reckless in paying the money to Africa Investor Holdings Limited when the feasibility on the project had not been completed.

Besides, the decision by the management of GIIF was an illegality as it breached Article 181 of the Constitution that required that any government entity that intended to enter into an economic venture with an international organisation must seek approval from Parliament.

Speaking on behalf of the Minority, the Ranking Member on the Roads and Transport Committee, Governs kwame Agbodza, said, “For the board and management of GIIF not actually seeing a business plan that was bankable, proven that there was a feasibility and an appraisal and funding security for the project and yet went ahead and put in $2 million is an act of recklessness.

“I think that the recommendation by the Auditor-General that the board and management of GIIF should monitor and find out if they can recoup this $2 million is a slap on the back of the management.”

“We are asking the A-G that you have done half of the job; invoke the powers that you have to call for the prosecution of those persons managing the GIIF who took this reckless decision,” he added.

The Auditor-General, in the 2021 audit report, cited concern over the payment of $2 million by the government in 2019 as premium to acquire shares in the Sky Train Company established in Mauritius.

The shares were for the development of the Accra Sky Train project which has not been flagged as a net liability.

Per the report, the Africa Investor Holdings Limited incorporated a Special Purpose Vehicle in Mauritius for the purposes of establishing Ghana Sky Train Limited to develop the Accra Sky Train Project through a concession on design, build, finance and operate arrangement.