Savanna: 8 killed in accident at Bodi on Wa-Sawla-Bole road 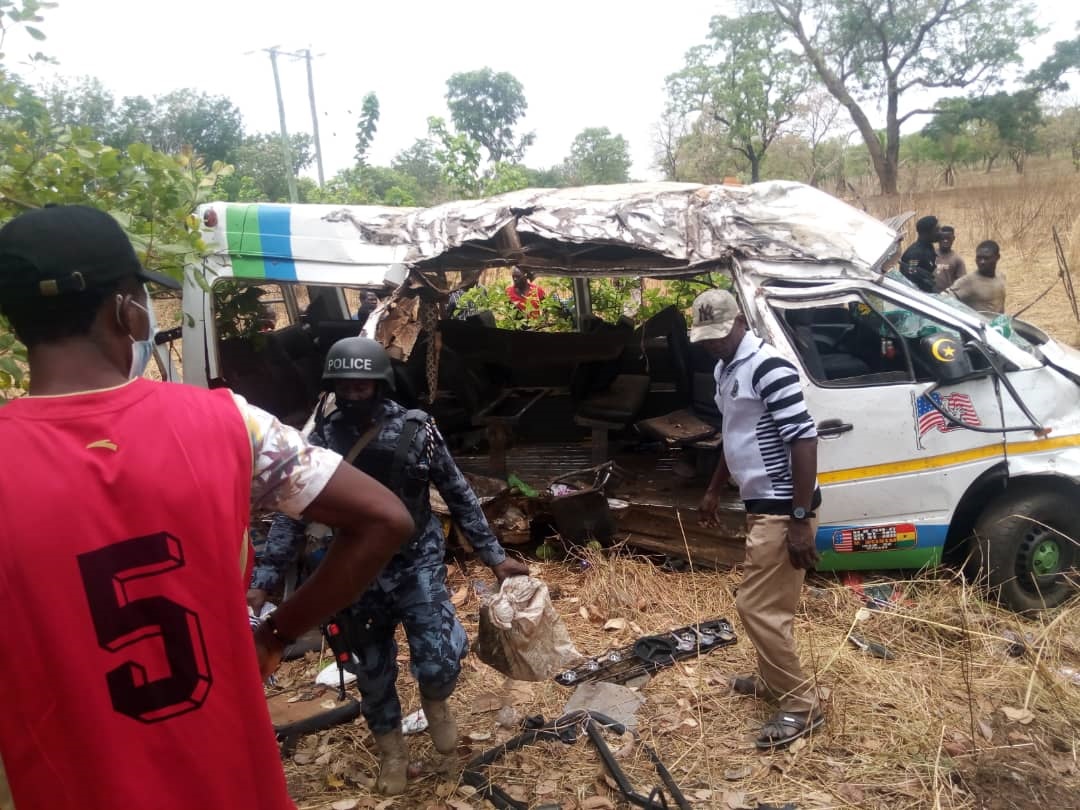 An attempt by a mini bus driver to swerve and prevent running over a chop box which had fallen from another vehicle which was running ahead of it resulted in an accident leading to the death of eight people.

The eight died on the spot while 14 others sustained injuries in the accident which occurred near Bodi on the Wa-Sawla-Bole road in the Savannah Region on Thursday, March 18, 2021.

The deceased and injured persons numbering 22 were on board a Mercedes Benz Splinter Bus with registration number AS 3022-15.

The bus was travelling from Wa in the Upper West Region to Kumasi when it veered off the road and run into a tree after.

This was after the driver had attempted to swerve a falling chop box from a Ssangyong mini bus that was ahead of it.

The Ssangyong bus had reportedly done an overtaking and just when it went ahead of the Splinter bus, the chop box fell from the vehicle onto the road.

In an attempt to swerve running over it, the driver lost control and veered off the road and run into the tree.

The police in Sawla who confirmed the accident to Graphic Online said eight of the injured persons were referred to the Wa Regional Hospital for treatment while six others who were treated and discharged at a health facility in Sawla have returned to their various communities in Wa for further treatment.

The police said the driver of the Splinter bus who survived the accident told the police that a Ssangyong mini bus overtook him and in an attempt to swerve a chop box that fell from on top of the bus, he run into the tree.

The accident occurred at Bodi, a community on the outskirts of Sawla on the Wa-Sawla-Bole road around 10.30 am on Thursday, March 18 ,2021.