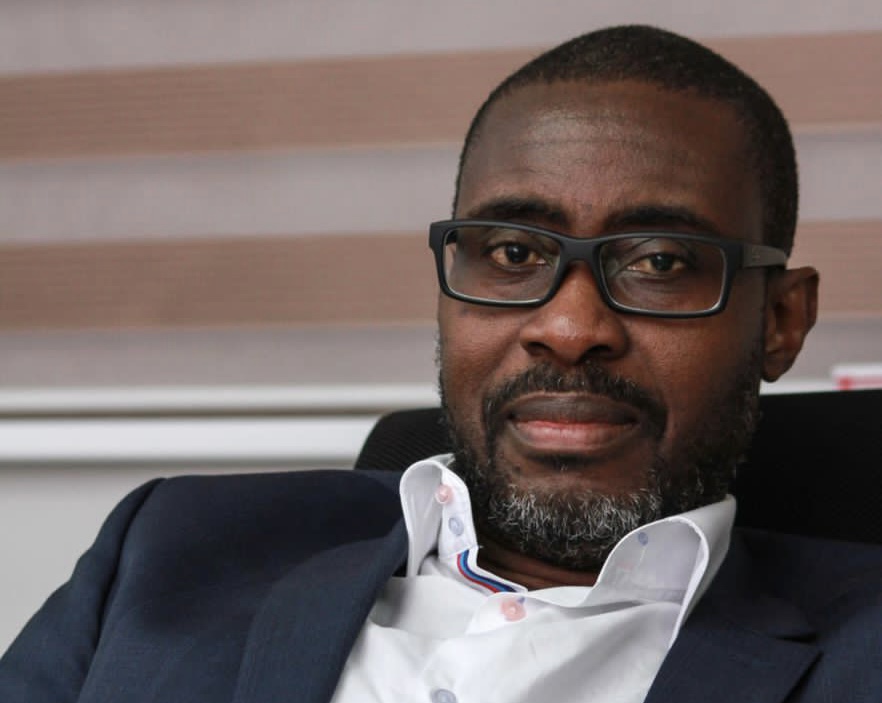 Pressure group, Occupy Ghana has mounted pressure on the Auditor-General to enforce his powers of disallowance and surcharge.

In a second letter dated July 1, 2022, addressed to the Attorney-General and Minister of Justice, OccupyGhana demanded confirmation of receipt of any disallowance and surcharge certificate issued by the Auditor-General.

The group argued that it had earlier written to the Attorney-General on the same matter and has not received a response.

OccupyGhana also expressed concern over the failure of the Attorney-General to either acknowledge receipt of their letter or supply the information they requested.

They have, therefore, entreated the Attorney-General to provide them with the issues they raised in their letter, demanding confirmation of receipt of any disallowance and surcharge certificate issued by the Auditor-General, as well as to provide evidence of steps taken to enforce the demands in the certificate. 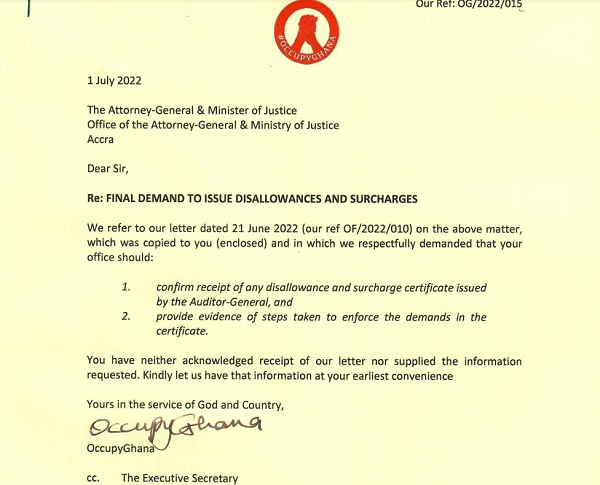 OccupyGhana is a good governance pressure group, registered as a guarantee company under the laws of the Republic of Ghana, and all of whose members and executive are citizens of Ghana.

In line with this preamble, section 85(2) of Act 921 imposed an obligation on the Attorney General to, upon the release of the Auditor-General’s Annual Reports and recommendations of Parliament’s Public Accounts Committee, take action and submit an annual report on the status of any such action to the Finance Minister, Auditor-General and Parliament.

Additionally, the Supreme Court has affirmed the Attorney-General’s obligation to take action on the Auditor-General’s reports in OCCUPYGHANA v ATTORNEY-GENERAL [2017-2018] 2 SCLRG 527 at 568, as follows: ‘the Attorney-General is hereby ordered to take all necessary steps to enforce the decisions or steps taken by the Auditor-General supra to ensure compliance including in some cases criminal prosecutions.’

As citizens of Ghana, we are interested in ascertaining whether these demands of the Act and the orders of the Supreme Court are being met. We therefore request, in line with article 21(1)(f) of the Constitution and section 18 of the Right to Information Act, 2019 (Act 989), that the Commission compels the Attorney-General to make available to us:
(1) a list of all actions or steps that the Attorney-General has taken since:

(b) 2017 when the Supreme Court decision was made;

(2) the status of all such actions or steps as at the date of this letter, and

(a) the annual reports that the Attorney-General has submitted in line with section 85(2) of Act 921, and

(b) actions and processes taken pursuant to the Supreme Court decision.

We would appreciate it if the information is delivered to us in hard copy and/or electronic form, and we are happy to provide the necessary computer drives for the electronic format.

We have attached copies of our letters dated 30 June 2021 and 7 June 2022 requesting the above information from the Attorney-General for your ease of reference.

We look forward to receiving the information requested.

Yours in the service of God and Country,