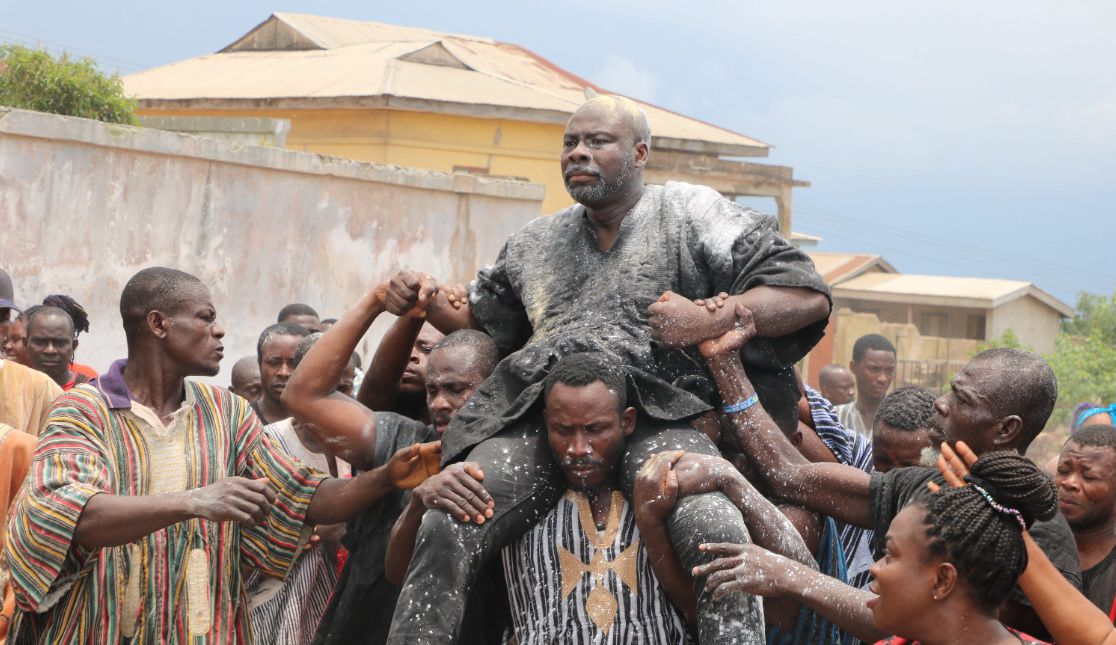 Apirede-Akuapem in the Okuapeman Traditional Area in the Eastern Region went agog last Friday when the Group President of Paper House Ghana Limited, a security and commercial printing company in Accra, Mr Prince Daniels, was enstooled as the new Mankrado. 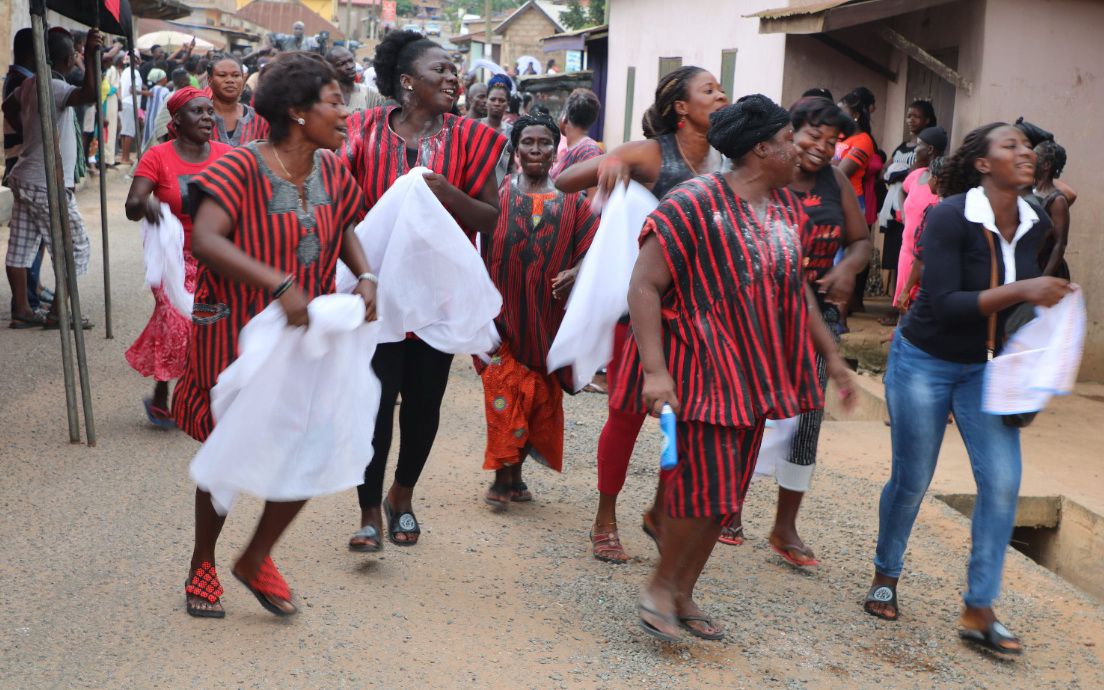 He worked in various Information Technology (IT) companies in US and UK before returning to Ghana in 2006.

Dressed in red and black attire with white arm and neck bands, both the young and old, in the community first went on the traditional ‘manhunt’ for the whereabouts of the new chief as part of the entooling ceremony which was characterised by the rich custom, tradition and culture of the Apirede people. 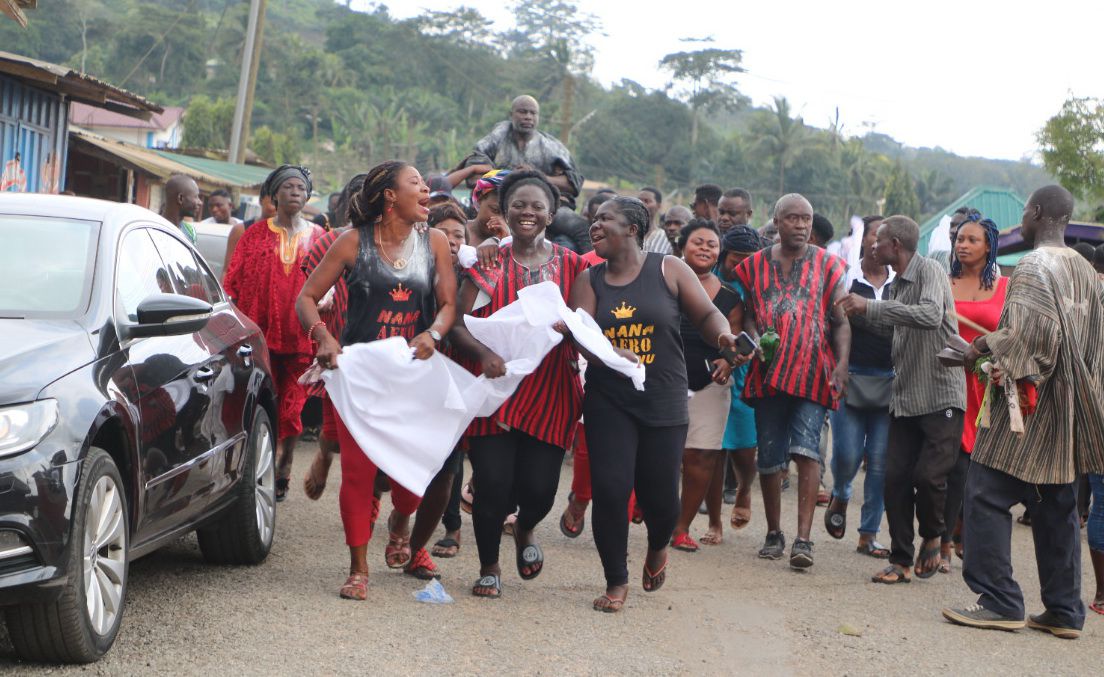 The Asafo Company, while beating gong-gong and chanting war songs, searched every nook and cranny of the town to find Nana Ogyiri Kwaku Manu II. 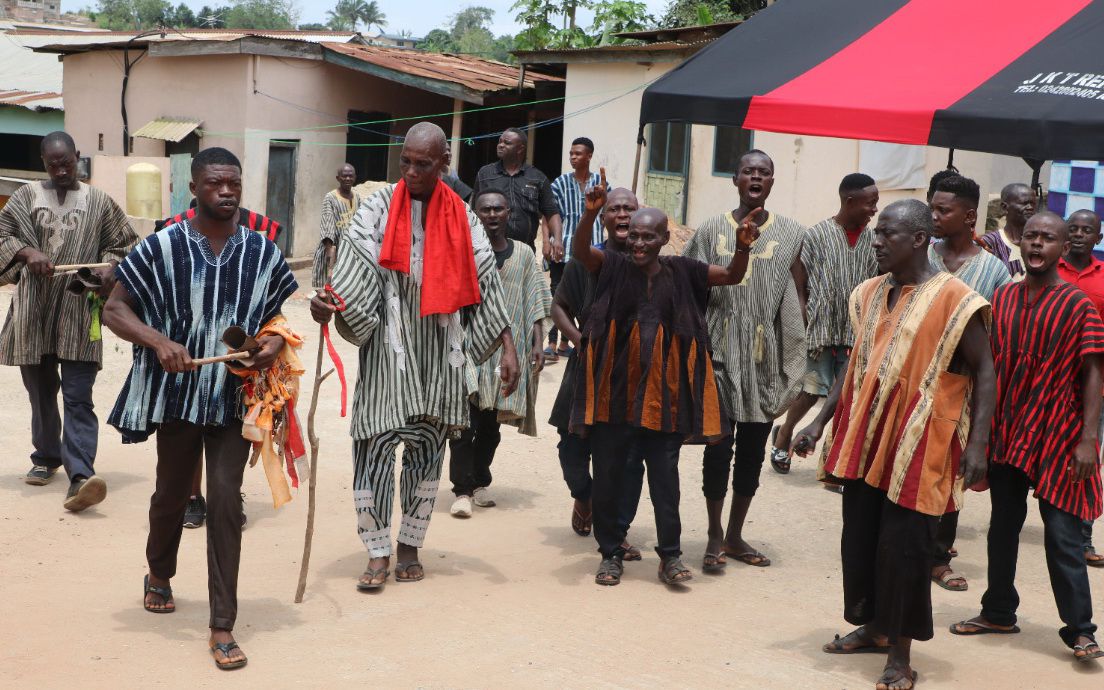 Anxiety was building up as the Asafo company could not immediately find the location of the new chief, having searched a number of houses.

Having been found, the new chief was brought out from his room, dressed in black “batakari” (smock) and black trousers. 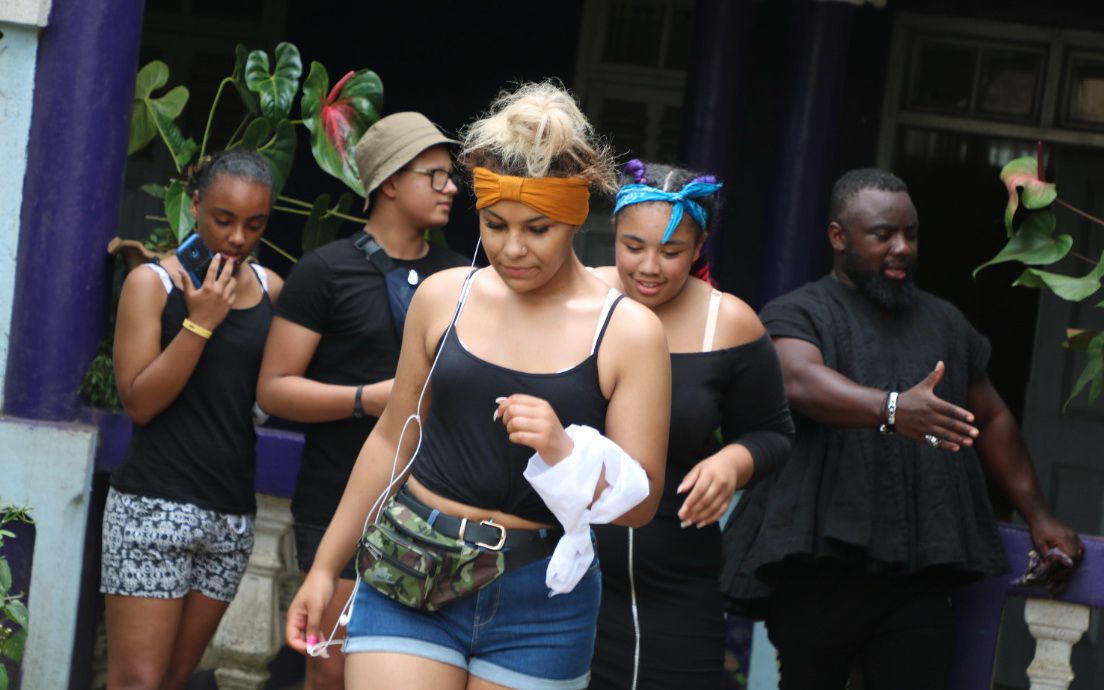 Before he was carried on the shoulders of the men of the Asafo Company, the women in the crowd, who were singing, dancing and twirling white calico, sprinkled white powder on the new chief.

Nana Ogyiri Kwaku Manu II was carried on the shoulders of the Asafo company through some principal streets of the town as he enjoyed the applause of the residents, some standing in front of their houses, to catch a glimpse of the spectacle.

While the chief was being carried through the town, a mini durbar of chiefs, elders and opinion leaders as well as the residents of the community, was held where the chief was brought and a ram slaughtered on his legs, after which he was led to a room where he would study the customs and traditions of his stool for seven days. 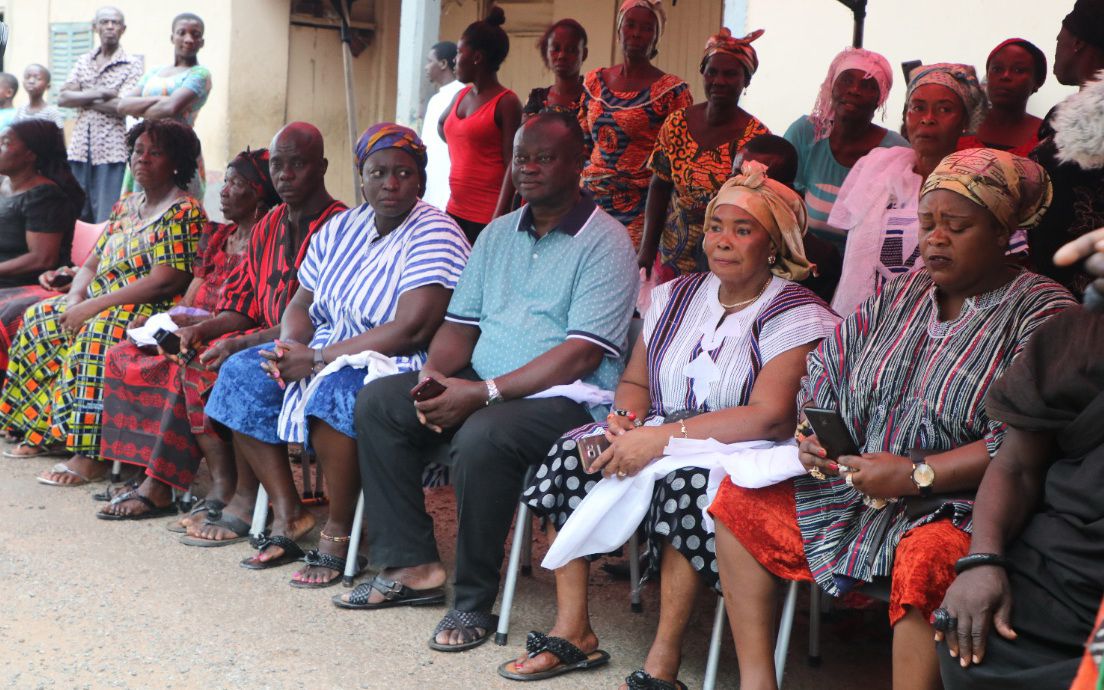 The coronation ceremony for the new chief will be held on Saturday, October 5, 2019.