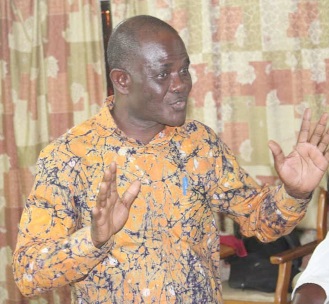 The Hunger Project-Ghana, an organisation committed to the sustainable end of world hunger, has held a workshop for 25 beneficiaries in five districts in the Eastern Region.

The workshop, organised last Tuesday, was on the theme: "Strengthening sub-district institutions for community-led public services in Ghana".

The organisation’s Coordinator of Governance Project, Solomon Amoakwa, in an exclusive interview with the Daily Graphic, said the workshop was aimed at building the capacity of the participants, who were also expected to mentor other members at their respective epicentres.

He said the training, which focused on "Civic Participation and Governance", was a pilot programme which could be replicated across all epicentres in the country after a thorough analysis.

Mr Amoakwa added that participants, after the workshop, would be given funds to move across communities in their epicentres, to teach other members lessons learnt at the workshop, as well as mobilise their communities towards their own development; to improve upon the infrastructure and living conditions of the people in the epicentres they were coming from.

The Director of Hunger Project Ghana, Samuel Afrane, for his part, urged citizens to be solution-oriented in promoting community development.

He urged people not to solely rely on the government to address their needs, but rather "develop eyes for problem identification; develop minds for strategic solutions, and a heart to make sure it is done and a hand to partake in helping solve problems in their respective communities."

"Every community in Ghana has very influential and rich persons hailing from there. In addressing some of your problems, you can involve them by tabling some of these problems before them; also, design very comprehensive proposals for solving them, and a lot of them will be willing to help.

“The reason some of them have not helped is largely because they are not aware of such problems because they don't live there; they live in the city. They are stakeholders you must identify, while drawing plans to solve your problems," he told the participants.

A participant, Andrews Osei Ayesu, lauded Hunger Project-Ghana for its initiative and said the workshop had given them a sense of direction as they now knew some of their basic responsibilities and rights.