Information and Communication Technology (ICT) education in the Central Region has received a boost after the Ghana Investment Fund for Electronic Communication (GIFEC) equipped some schools and communities in the region with computers and accessories such as projectors, printers and scanners.

The move, which forms part of GIFEC’s effort to bridge the digital divide in the country, is helping facilitate practical lessons in ICT in several schools in the Central Region.

This came to light last week when the Daily Graphic joined some GIFEC staff on a tour of selected beneficiary institutions in the region to assess how they were utilising the computers and other high-tech gadgets provided to them.

School for the Deaf
At the Cape Coast School for the Deaf, the Daily Graphic learnt that the 10 computers as well as a printer and scanner that GIFEC provided to the school had helped improve the ICT skills of the students.

The headmaster of the school, Mr Setumte Ametewee, said the equipment had helped the students “make better sense” of the things they are taught.

Mr Ametewee said the projector had been especially helpful because the students related better to the things that they saw.

“They are wonderful pupils. When they see these gadgets, they want to touch them. They want to use them. The more we get them, the more they get access to them and learn on their own,” he said. 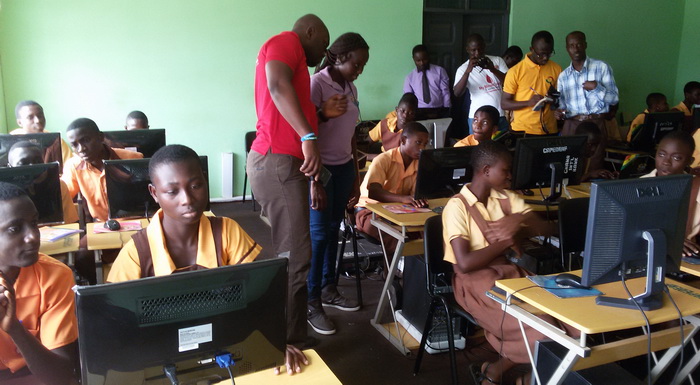 His remarks were echoed by the school’s ICT tutor, Mr Francis Martin Mensah, who said the students had learnt how to launch and use simple applications like paint.

“They are very excited. Day in day out they are improving,” he said.

Winneba Nursing School
A similar scenario played out at the College of Community Health Nursing in Winneba, which had its ICT lab augmented by GIFEC with 20 computers, a projector, a printer and a scanner.

According to the college’s ICT tutor, Mr Amos Ayiquaye, the computers and an additional 30 procured internally, helped end an era when about 100 students had to share eight computers.

Mr Ayiquaye said each student now had access to one computer during ICT classes - a development he said had made the teaching and learning of the subject easier. Underscoring the importance of ICT infrastructure to the college, the Academic Officer, Mrs Theresa Gifty Mensah, said apart from students using the computer to access information, teachers also used it as a research tool for preparing their lesson notes.

Mrs Mensah expressed gratitude to GIFEC for its support, adding that the college, with its 1400 student population, was open to further assistance from the agency.

“We need a bigger lab and more computers,” she said.

The facility, the Daily Graphic learnt, had helped educate members of the community, especially students who lack ICT facilities at school, on how to use the computer and applications such as word and excel.

Digital Divide
The Assistant Programmes Manager of GIFEC, Mr Edmund Nyarko, said the agency was delighted that beneficiary institutions and communities in the Central Region were making the best use of the computers provided them. 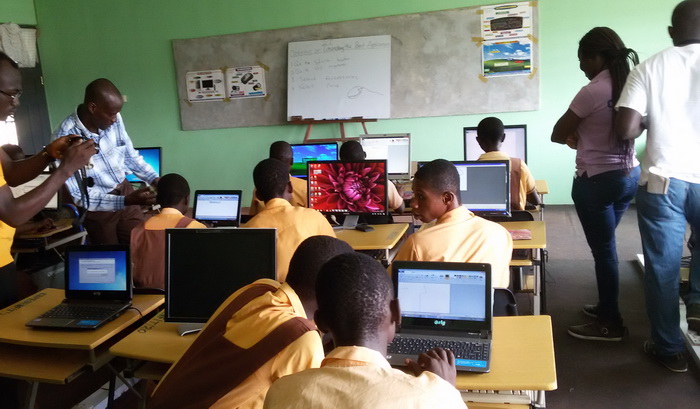 He said in line with its objective of bridging the digital divide in the country, GIFEC would equip more schools and organisations with computers and other relevant ICT devices.

He said 183 CICs had also been built nationwide to promote digital inclusion at the community level.

GIFEC is an agency of the Ministry of Communications, which is mandated with providing access to electronic services such as ICT, broadcasting, multimedia service and basic telephony to unserved and underserved communities in Ghana.