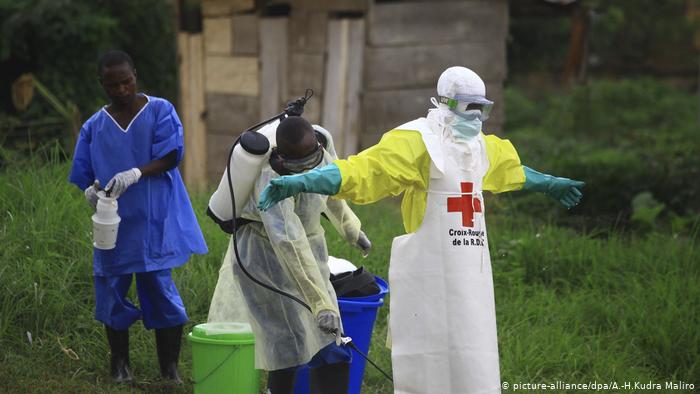 A simulation exercise on how to handle an outbreak of the Ebola Virus Disease has been undertaken in Tamale in the Northern Region.

The Ghana News Agency had earlier reported that the Public Health Emergency Response Team had been deployed to contain the situation.

But in a later clarification, the GNA reported that the Northern Regional Disease Control Officer, Fuseini Mahama had explained that it was a simulation exercise and not a real outbreak as earlier captured by the GNA.

Ebola Virus Disease (EVD) is a rare and deadly disease in people and nonhuman primates.

The viruses that cause EVD are located mainly in sub-Saharan Africa and people can get EVD through direct contact with an infected animal (bat or nonhuman primate) or a sick or dead person infected with Ebola virus.

The U.S. Food and Drug Administration (FDA) has approved the Ebola vaccine, ERVEBO®, for the prevention of EVD. ERVEBO vaccine has been found to be safe and protective against only the Zaire ebolavirus species of ebolavirus.

Symptoms may appear anywhere from 2 to 21 days after contact with the virus, with an average of 8 to 10 days. The course of the illness typically progresses from “dry” symptoms initially (such as fever, aches and pains, and fatigue), and then progresses to “wet” symptoms (such as diarrhea and vomiting) as the person becomes sicker.

Primary signs and symptoms of Ebola often include some or several of the following:

Many common illnesses can have the same symptoms as EVD, including influenza (flu), malaria, or typhoid fever.

EVD is a rare but severe and often deadly disease. Recovery from EVD depends on good supportive clinical care and the patient’s immune response. Studies show that survivors of Ebola virus infection have antibodies (proteins made by the immune system that identify and neutralize invading viruses) that can be detected in the blood up to 10 years after recovery. Survivors are thought to have some protective immunity to the type of Ebola that sickened them.