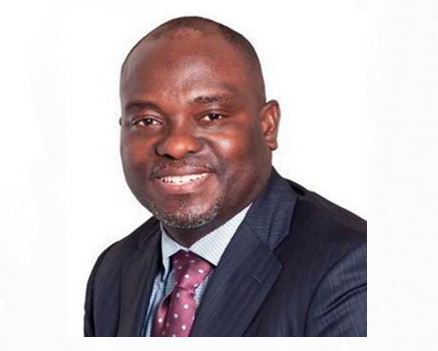 Meet Dr. Quincy Attipoe, a dental surgeon who hails from Anyako in the Volta Region.

At 52 Dr. Attipoe is not counted among the well-to-do indigenes of the ancient town of Anyako. No, he may not even count among the second or third generations of the very ‘dusted’ natives.

But he has a heart, one that appears so large for his modest frame and oozing good works, real kind deeds that have his townsfolk rooting for him as a nominee in MTN Heroes of Change.

Having started and completed his schooling without the benefits of virtually anything modern technology, and which he would later in life be confronted with, Dr Attipoe has determined that no school child in the Anyako community should relive his early life fate. 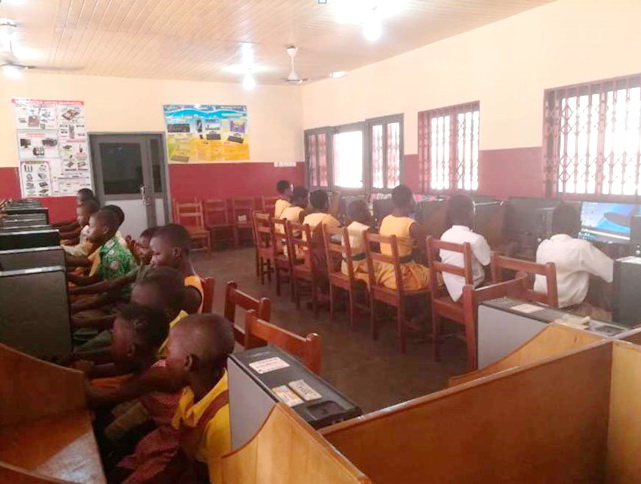 Project: Smile Village Foundation, ICT Learning Center
Dr. Quincy has through his foundation, the Smile Village Foundation established an ICT Learning Center located at the Anyako RC Primary School dedicated to teaching the townsfolk, particularly pupils and students, ICT skills. He says his motivation is to afford the children a fair chance to compete in today’s ever changing world.

The ICT laboratory estimated at a Ȼ100,000 cedis, has 55 computers and monitors, a commercial type printer and scanner to allow for scanning and printing of documents for the children, supervised by a full time instructor who helps with the teaching.

It is Dr. Quincy’s desire to replicate the project in the nine other regions of Ghana.

Appreciation
Having started the $100,000 building project initially from personal savings, he is grateful to Apostle Ansuade Boyefio and the Holy Grounds Assembly International for stepping in and contributing towards some of the cost of buying the computers. Some of his patients also made cash donations, as well as one Mr. Burke from Ambit Energy in the US who contributed some used computers towards the project.

The impact is immeasurable, he says of what the facility has achieved so far, saying there is a new sense of upliftment in Anyako and its environs. The children are excited about learning new things. He recalls how during the commissioning, the entire town came together to celebrate the 'new hope', with opinion leaders, parents and residents talking of the positive impact the project has had in the area.

"I feel blessed but of course give God all the glory for allowing me to touch lives. I have seen children run with excitement after receiving their first toothbrush and paste from me in some villages and I have also seen some come with dental pain and leave relieved. The ICT center for me is a bit different. The project will stand and posterity will celebrate the impact and judge how far lives have been affected. My prayer is that the beneficiaries will one day also help a child. This will make it a real success story."

Togbe Kumassah, Agbotadua of Dzelukope and an opinion leader of the area recalls Dr Attipoe's humble background and is thankful he is someone who has not forgotten his roots. "He did not forget his hometown after making a name for himself as a dental surgeon in the US. He decided to come back to help his people because of the upbringing he got growing up. This project since its inception has benefited the basic school children here, as well as high school students, tertiary students, teachers and workers living in Anyako.

Headmaster of the Anyako RC Primary School, Trokor Patrick says previously ICT lessons were only theoretical. Pupils had to imagine what a computer looked like, but now after the theory they have a practical session at the lab so they understand what they are being taught in class.

He believes the project is serving its purpose and results will soon show, a sentiment shared by the students benefiting from the initiative.