Spare parts and tyre dealers along the Abossey Okai stretch of road where the Abossey Okai Interchange is currently under construction are counting their losses after last Friday’s torrential rains that fell in some parts of Accra.

The about an hour downpour flooded the shops of retailers and shop owners around the Abossey Okai road and its environs.

The flood, which entered the shop and businesses of these shops owners and businessmen particular those in the tyres and the batteries business, has destroyed thousands worth of goods. 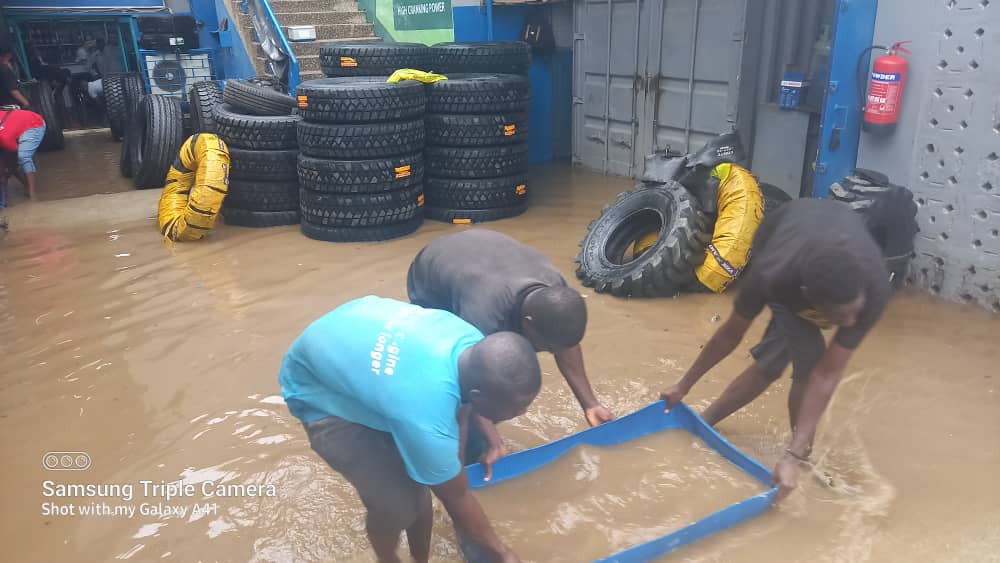 When the Daily Graphic interacted with some of the affected shop owners they said they were now at a loss as to how to recover their losses and how to get their shops back into business.

I’m The Daily Graphic sighted some of the affected places, including Samir Engineering and Trading, Samnit Enterprise and the Korle-Bu Battery Center where the flood had taken over their offices and shops it was, therefore, impossible for both shoppers and workers to enter these shops.

They claimed that the construction of the overpass had destroyed the existing drainage system and had uplifted the ground to make the rains difficult to move freely; hence, causing the rains to enter their shops so easily.

When the Daily Graphic contacted the Resident's Engineer, Mr Owusu Sekyere-Antwi expressed that they will be reconstructing the drains but failed to reveal the time frame within which they will do it.