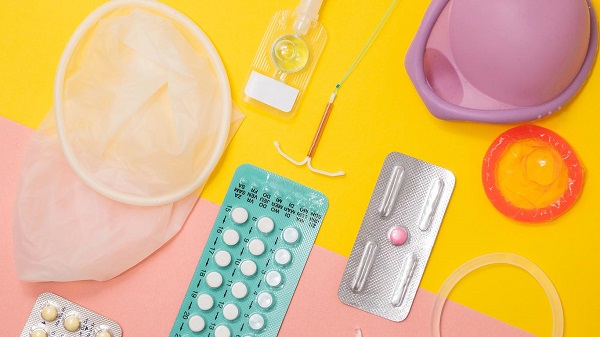 THE Family Planning Programmes Manager at the Ghana Health Service (GHS), Dr Yaa Asante, has stated that myths and misconceptions are discouraging the use of family planning by most women in the country.

Dr Asante explained that there was the need to create more awareness to demystify the use of contraceptives.

“There are a lot of questions on the minds of women when it comes to the use of contraceptives. For instance, there are some people who believe that when they use contraceptives they would end up with health problems which would lead to infertility,” she stated in an interview with The Mirror on Wednesday to commemorate the World Contraception Day, which is observed every September 26 across the globe.

Dr Asante said that the perceived side effects or perceived future infertility issues were false as modern forms of contraceptives which were used did not affect fertility.

“It does not affect your ability to have babies when one is ready but untreated sexually transmitted infections can. Besides, fertility varies from person to person,” she said.

She said modern contraceptives were not dangerous and some could be bought over the counter, stressing that all methods of contraceptives could have side effects that could be managed effectively by only service providers. The public, especially young ladies, need to be educated on the usage of contraceptives in order to know which one would work for them.


“Spacing babies allows women and men to advance in their education and career goals that may be interrupted by having children. It also reduces teenage pregnancy-related risk. When young people who are sexually active use contraceptives, it helps in preventing unplanned pregnancies until their bodies are fully developed and also prevents unsafe abortions that can lead to death,” she explained.

Contraceptive use
Some pharmacists in Accra said they made more sales when it came to contraceptives.

According to them, both men and women were buying contraceptives no matter the time of the day.

One of them, who pleaded anonymity, said “I have regular customers and those who come once in a while. Some ladies who are not sure how to calculate their cycles and have doubts about their fertile period seek advice. Some even ask for abortion pills.

“Some of the men buy a whole box of condoms just to avoid coming often,” a pharmacist at Tudu in Accra said.

A pharmacist at Dansoman in Accra, Ms Florence Tagoe, said she had a lot of female customers who visited her shop to buy.

“For instance, I often stock Lydia Emergency Pills twice a week and everything gets finished,” she said.

Ms Esther Asamoah, who often uses contraceptives, said: “I didn’t really plan for my third child. I was on the daily pills to avoid pregnancy and allow some spacing but I found out I was three months pregnant while using the pills. I don’t know how it happened but I am sure I forgot to take it at a point,” she disclosed.

Background
According to the Ghana Maternal Health Survey 2017 Report, 25 per cent of married women use contraceptives.

The World Contraceptive Day was launched by the United Nation Population Fund (UNFPA) on September 26, 2007, to create and improve awareness on contraception and to enable young people to make informed choices on their sexual and reproductive health.

According to the World Health Organisation (WHO), the significance of the day was captured in the 2030 Agenda for Sustainable Development.