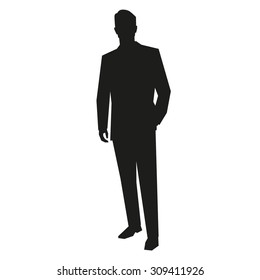 Justice Cinder recollected how he had met Victoria. It was a year ago. Victoria had introduced herself to Justice Cinder after the career counselling programme for Form Three students in her school.

That day, Victoria was so impressed with Justice Cinder’s presentation on the processes one would have to go through to become a lawyer. After the programme, she approached him and begged him to mentor her since she was confused as to what she wanted to do in future.

During the short interaction, Justice Cinder realised that Victoria had the potential to become a great person in future but she needed support.

Under normal circumstances, he would not have given his contact number to her but he did, because he saw that she was a determined and an ambitious girl  so, he decided  to mentor her. He gave her the direction to his office and asked her to visit him, which she frequently did.

From the numerous conversations they had, he realised Victoria would do better off if she pursued medicine  because that was where her strength. When he discussed it with Victoria, she agreed reluctantly.

He later gathered that Sheriel found it difficult catering for herself and Victoria.  She became a widow at a young age and with no meaningful job, things were very difficult for them.

Having gone through such difficulty growing up, Justice Cinder identified himself with their situation. The big blow was when he learnt about Victoria’s health condition but because there was no money to do the surgery, the defect continually posed a threat to her health.

It was his plan to  meet Sheriel to assist  them, especially Victoria. Unfortunately, his busy schedule made him to postpone the visits several times until he heard of her hospitalisation and he came to help them out.

After her discharge from the hospital, Justice Cinder decided to assist them and even though Sheriel didn't like bothering him with their problems, it became his responsibility. So the Indena family lived comfortably.

In order to compel Victoria to study hard and realise her dreams, he repeatedly told her, "You're the captain of your ship. If you are good, the ship would never sink." These sayings inspired her to pursue her dreams to become a surgeon.

Now at 38 years, Victoria Indena, stood at the porch in the house enjoying the cool breeze. She couldn't believe how far she had come; a medical surgeon and a proud mother. But at the same time, she was sad because she lost Justice Cinder.

She still heard Justice Cinder's last words when he was about to kick the bucket: "Do not forget that first of all, it was the Almighty who has brought you this far. Do not leave your mother to her fate. Take care of her as she grows older". And as if she had not heard him, Victoria ignored what he was saying and threw herself at him, weeping uncontrollably.

She needed someone to lean on while he was gone. There were many people who didn't have angels like him; she had an  angel who provided all her needs.

As Victoria stood there, she remembered one of Justice Cinder’s favourite sayings, ‘the sky is your limit, reach high and touch it.’ Victoria smiled and mused: She had reached high and touched the sky, so it had already become her limit!

Thank you, Justice Cinder for everything. She prayed and wished that every needy child would have a godsend like Justice Cinder to help solve all their problems for them to realise their dreams.