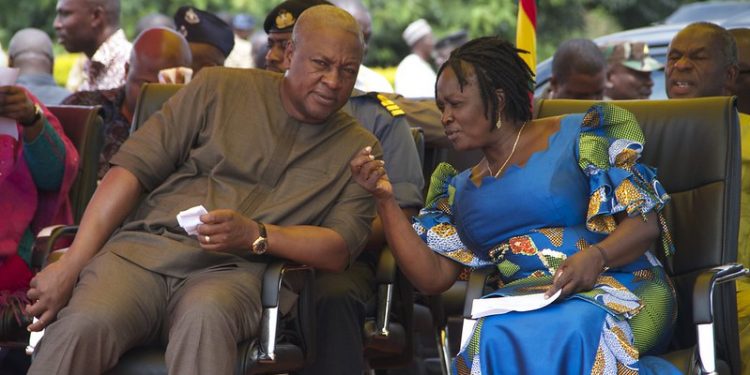 Prof. Naana Jane Opoku-Agyemang made history when on July 6, 2020, she was announced as the National Democratic Congress (NDC) nominated her as the running mate of its flagbearer.

“I am of the firm conviction that the time for women to take their rightful place in shaping the destiny of our nation is now. We must not hold them back any longer, neither must there be room for lip service and tokenism,” said Mr John Dramani Mahama, the presidential candidate of the NDC.

Prof. Opoku-Agyeman was the first female Vice Chancellor of the University of Cape Coast and also a former Minister of Education.

She is a recipient of the Officer of the Order of the Volta award for academic distinction, four honorary doctorate degrees, the Global Leadership Award and many national and international awards.

She has chaired more than 20 boards and committees including the board of the Graphic Communications Group Limited, the Council of the University College of Education, Winneba, and the Academic Committee of the Ghana Council for Tertiary Education.

She has also chaired the Adjudication Committee, VALCO Literary Awards, Ghana 1993-1998; Board of Governors, Ghana Centre for Democracy and Development (CDD-Ghana) since its founding in 1998 and the Board of Governors of the Wesley Girls’ High School, 1994-1998.

In recognition of her outstanding contribution to the development and promotion of quality education in Ghana, the Ghana Women of Excellence Award was conferred on her.

She is also a two-time Fulbright scholar and is currently a Fellow of the Commonwealth of Learning (COL).
On October 26, 2018, she became the Chancellor of the Women's University in Africa, located in Zimbabwe.

She proceeded to the Wesley Girls’ High School in Cape Coast from 1964 to 1971. She completed a B.Ed.(Hons) degree in English and French at the University of Cape Coast in 1977 and obtained her master’s and doctorate degrees from the York University in Toronto, Ontario, Canada in 1980 and 1986, respectively.