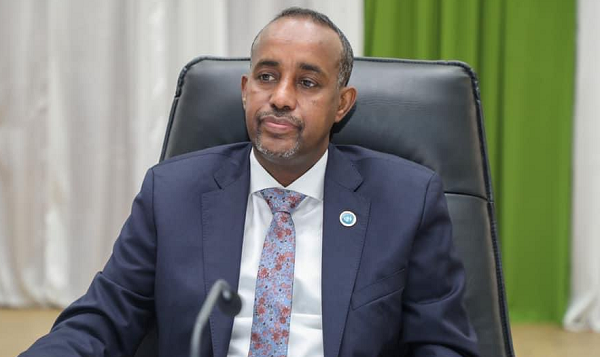 Somalia's government spokesman Mohamed Ibrahim Moalimuu has been wounded in an explosion in the capital, Mogadishu.

Mr Moalimuu, a former BBC journalist, was taken to hospital after the blast outside his home.

It is not immediately clear who is responsible for the attack but Somalia's state news agency says it was the work of a suicide bomber.

This latest bomb attack in the capital comes days after another that killed at least eight people - that one carried out by the Islamist militant group al-Shabab near a Somali Air Force camp and the international airport.

Al-Shabab has been fighting Somalia's government for more than a decade, and retains a stronghold on parts of the country.

These latest bombings come amid a months-long political stand-off between the prime minister and the president over the conduct of delayed elections.

"It seems now it has been sorted out," Somali journalist Mohamed Mohamed told BBC Focus on Africa radio earlier this week. "The regional leaders and the prime minister have managed to get an agreement which hastens elections within 40 days - starting from 15 January."