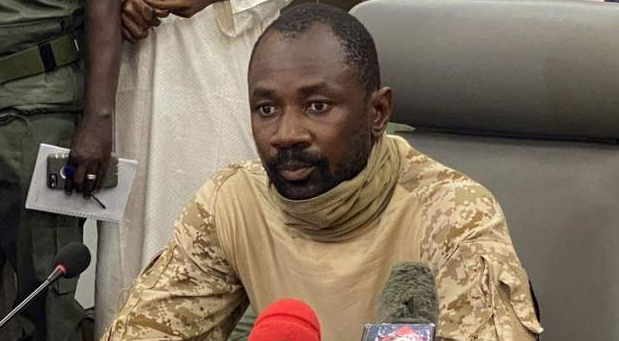 A new year has kicked in a new bag of challenges for Ghana’s decisive leadership at the helm of ECOWAS affairs.

Gains made to return Mali to constitutional rule have suffered a severe setback despite the diplomatic prowess put on display by Ghana’s President and second-term Chair of ECOWAS Heads of Governments, His Excellency Nana Addo Dankwa Akufo-Addo.

West African nations have resolved to close their borders with Mali, sever diplomatic ties and impose tough economic sanctions in response to its "unacceptable" delay in holding elections following a 2020 military coup.

The fresh measures from the 15-state regional Economic Community of West African States (ECOWAS) bloc represent a significant hardening of its stance towards Mali, whose interim authorities have proposed holding elections in December 2025 instead of this February as originally agreed with the bloc.

In a communiqué issued after an emergency summit in Accra, ECOWAS said it found the newly proposed timetable for a transition back to constitutional rule totally unacceptable.

The West African leaders surmise that this new schedule "simply means that an illegitimate military transition government will take the Malian people hostage".

The organisation said it had agreed to impose additional sanctions with immediate effect. These include the closure of members' land and air borders with Mali, the suspension of non-essential financial transactions, the freezing of Malian state assets in ECOWAS commercial banks and recalling their ambassadors from Bamako.

In an Indian tit-for-tat fashion, the Malian interim government said it was astonished by the decisions and has vowed to close its side of the border with ECOWAS member states, recall its ambassadors, and reserve the right to reconsider its membership in ECOWAS and UEMOA.

"The government strongly condemns these illegal and illegitimate sanctions," it said in a statement read on state television by spokesperson Abdoulaye Maiga, earlier this week calling on Malians to remain calm.

Mali’s military junta previously blamed the election delay partly on the challenge of organising a democratically robust vote amid a violent insurgency.

It is no secret that large swathes of Mali are restive and in some cases out of government control. A hybrid peacekeeping mission called the United Nations Multidimensional Integrated Stabilisation Mission in Mali (MINUSMA) still has troops drawn from Ghana and other nations in Timbuktu, Gao and Kidal to hem in the militants from spreading southward to directly threaten the capital of Bamako.

So in the view of the current establishment, a hasty return to elections could be challenging and less representative of Mali’s diverse cultural, ethnic and political fault lines.

Meanwhile, an interesting pattern is developing as the junta in Guinea seems to be showing solidarity with their Malian counterparts.

This is a dangerous turn of events as it could whittle away confidence in the regional bloc that has been accused of propping long-serving benevolent dictators who hide behind sham elections to perpetuate their stay beyond constitutionally agreed term limits.

The military junta in Guinea said it would keep its borders open with Mali, going against ECOWAS sanctions on Bamako.

In a statement read on national television, the spokesperson for Guinea's ruling junta announced that the country would keep its borders open with neighbouring Mali.

The government of Colonel Mamady Doumbouya has gone against the ECOWAS group which decided on Sunday to freeze Malian assets at the region’s central bank and ordered land borders to be closed among other sanctions.

"The National Committee of Reconciliation and Development (CNRD) wishes to inform the public opinion and international opinion that the Republic of Guinea was in no way associated with the decision of the 4th extraordinary summit of ECOWAS Heads of State. Consequently, the committee reaffirms that the air, land and sea borders of the Republic of Guinea remain open to all sister nations in accordance with its Pan-Africanist vision," the statement said.

Making matters murkier, Russia and China have blocked the United Nations Security Council from supporting a decision by ECOWAS to impose new sanctions on Mali, after its military leaders proposed staying in power for up to five years before staging elections.

A French-drafted council statement endorsing the sanctions failed to be approved in closed-door consultations last Tuesday, prompting three African council members – Kenya, Ghana and Gabon – to speak to reporters to back the regional bloc’s position.

Kenya’s ambassador to the UN, Martin Kimani, said he was “disappointed” that the council could not agree on what he called a “relatively mild” press statement and express support for the “imposition of sanctions on the military authorities in Mali to ensure an expedited transition to constitutional rule”.

The impasse over Mali seems to be escalating way beyond the corridors of ECOWAS. The dynamics of power in West Africa are shifting and powerful nations of the Far-East seem to have an increasing appetite to ramp up their influence in a region that has long been a baby of Western powers.

At such a critical juncture, seasoned leaders such as the current Chair of ECOWAS, President Akufo-Addo, should deploy tactful diplomacy to prevent world powers from turning West Africa into a turbulent Middle East 2.0 (two-point o) in the near future.