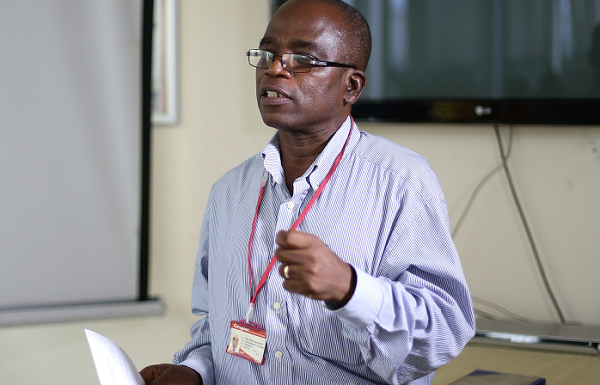 I was employed at the Graphic Corporation in 1983 after my internship with the company in Kumasi from October 1982.

The period between my internship and formal employment was short but full of drama. I was due to end my internship by December 1982, but was encouraged to stay on by the Editor, Mr Kojo Yankah.

Finally, when I got my appointment letter in March 1983, it had retrospective effect from January 1, a date that one of the reporters, E.G.K. Deletsa, who had served at one time as a court clerk, described as fraudulent because it was a statutory public holiday and no official business is conducted on such days.

Now the transformation was too quick for the regional management of the company. Thus days before Easter in 1983, a delegation from the Kumasi Office of Graphic was invited to Akropong to visit Darko Farms. I had an assignment and could not travel to Akropong. A number of fowls were given to the team. The Regional Manager, Mr Gyampoh Kumi, told me that the fowls were not enough; therefore, I did not get one. But that evening, I saw him carrying two fowls. I resolved to find out from him why I could not get one but he got two. As it turned out, the production manager at the farm was his in-law who gave him a fowl as a personal gift.

Instead of explaining the circumstances to me as it turned out, he called for an emergency meeting of all the staff. At the meeting he accused me of insolently coming to his office to rudely ask of his two fowls. He addressed me harshly, after which he explained how he came by the fowls. He pointed out that he had worked for 33 years and would not allow a mere boy like me to ask him useless questions and expect that he would answer me.

In response I told him that all he needed to do was to have explained to me why he had two fowls since it was he who informed me that there was nothing for me when the gift was given to us as a group not as individuals. I also said that he must note that I was the next in command after him and that whatever he had achieved with his 33 years of service, although I was below 25 years, I had done so with my educational qualification.

After the meeting, I went back to him and advised that in future when things of such nature cropped up, he should let us discuss the issues alone no matter how irritated he felt but never call a general meeting so that the hostile exchanges between us in front of the staff would not be repeated.

Due to some developments which would be discussed at another time, I opted to be transferred to Tamale in May 1983. There I encountered another manager, Nii Annan, who demonstrated crass knowledge in management, disappointed me and I had to report him to the Managing Director, Mr David Anani Fiadonu.

One day, I went on an assignment outside Tamale. As soon as I arrived at the office, I received a message from a neighbour that he had noticed that my bungalow had been broken into. Together with my regional manager we went to the bungalow at Agric Ridge, Kalpohin to realise that thieves had broken the windows to the rooms and taken a number of items.

When I requested that we must engage a carpenter to restore the windows, the manager said we needed to write to Accra for permission before we could do that. I looked sternly at him and asked if it were his bungalow he would have made that puerile suggestion and have the courage to wait for Accra to give approval.

I told him that if the thieves were able to enter the rooms to steal when there were windows, what did he think could happen when there were no windows and maintained that the only thing was that I would not go on any assignment and keep watch over the house or that I would call the Managing Director and report him.

Since he was unwilling to act, I called the managing director, who reprimanded him and gave me approval to look for a carpenter to do the work to be paid for by the regional manager.