JJ versus JDM… & other matters 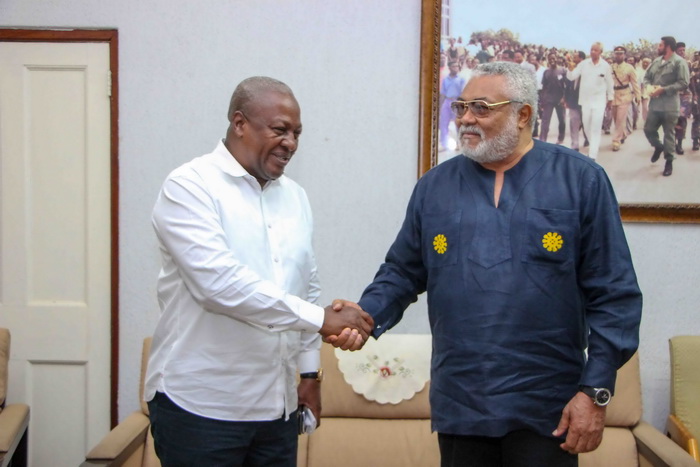 My eyes don’t have to be in flames to show they have seen red, the Fantes say, and I have always wanted to avoid the label of a Jean Mensa-basher. Having complained once, therefore, I didn’t want to repeat myself. Truth, however, is that the Electoral Commission’s (EC) independence has cost Ghana dearly and financially.

Knowing it was going to change the register altogether in 2020, why did the EC go ahead to organise a limited voter registration exercise in June 2019?

Having said this, I need to state, however, that I disagree with the National Democratic Congress’ (NDC) way of going about this business. I complained (on this very page) in 2015 against the New Patriotic Party (NPP) for being excessively antagonistic towards Charlotte Osei.

It didn’t please some elements in the NPP one bit, so I will not be surprised to receive calls from some NDC elements in protest at what I am about to say.

Methinks the party complains too much. A few days ago, its anger was with the EC’s choice of venue for an IPAC meeting — “not spacious enough!”; yesterday, it was that the invitation letter said 10 p.m, not 10 a.m”.

Soon the NDC will complain about the colour of Jean Mensa’s toe-nails!

But this is really not my beef today. I brought it up only to suggest that matters have reached such fever pitch that the collective wisdom of anybody our protagonists revere and haven’t been politically tagged — must be invited onto a roundtable.

Either the Coalition of Domestic Election Observers (CODEO) or the National Peace Council should initiate this.

Just when I thought heads were cooling in the NDC over the issue of a new voters register, here comes the General Secretary of the NPP, vowing that his party would resist any attempt by the National Identification Authority (NIA) to do a mop-up in areas it had challenges during the initial Ghana Card registration.

I can bet, though, that the NDC, at the time it was accusing the NIA of conniving with the EC to disenfranchise people in their strongholds, did not take into account an NPP version, presented by John Boadu last Wednesday, that Central Region, Ashanti Region, Eastern Region and Greater Accra (which it considers its strongholds) constitute about 68 per cent of those who have not received their cards yet and that “we have 45 per cent of the total population who have not yet been registered”.

Eyes are getting red. And redder still for the NDC. Inside that party, confusion, as Shakespeare puts it, is making its masterpiece.

On September 30, 2019, the party founder, Mr Jerry Rawlings, at a cadres meeting in Kumasi predicted that the NDC would not win the 2020 general election. His advice was for the party to focus on the 2024 general election “as there is a realistic chance of winning that one”.

Saying it was not easy to wrest power from (the incumbent), Mr Rawlings accused an NDC person he did not name of securing 2020 “out of the way for yourself, so you will be there knowing damn well that you are just using it as a transit when you know 2024 is your target.”

Then only last week, in an interview the former President declared, “it’s not possible to unseat Nana Addo in 2020.”

He praised Akufo-Addo’s ‘pragmatic’ management of the fight against galamsey, the Free Senior High School (SHS) policy, the paperless systems at the ports and the Registrar-General’s department and the National ID card project, among others, believing that “if the Danquah-Busia-Dombo tradition sustains its performance, it’ll be troublesome for (the NDC) to come to power” this year.

Why would the founder of a party that backed him to power in 1992 and 1996 choose to say these things in public? Even if these are what intel tells him, why is it not possible to whisper it, but shout it on the roof top, almost gleefully?

I wonder: will the NDC continue to invite JJ to their public functions? Will he be allowed to speak on its platforms? To allow him is death; to disallow him is death, in a party where it is sacrilege to as much as whisper disagreement with the founder—except Johnson Asiedu Nketia.

But thank God for comic relief! Inside the People’s National Convention (PNC), the National Chairman, Bernard Mornah, is against the compilation of a new register. But on Wednesday, even as he was condemning the EC, the party’s Director of Communication, Emmanuel Wilson, Jnr, issued a statement on the party’s letterhead announcing that “some individuals who have been purporting to demonstrate against the compilation of the new register did not do so on the party’s behalf!”