Igniting debate on Separation of Powers 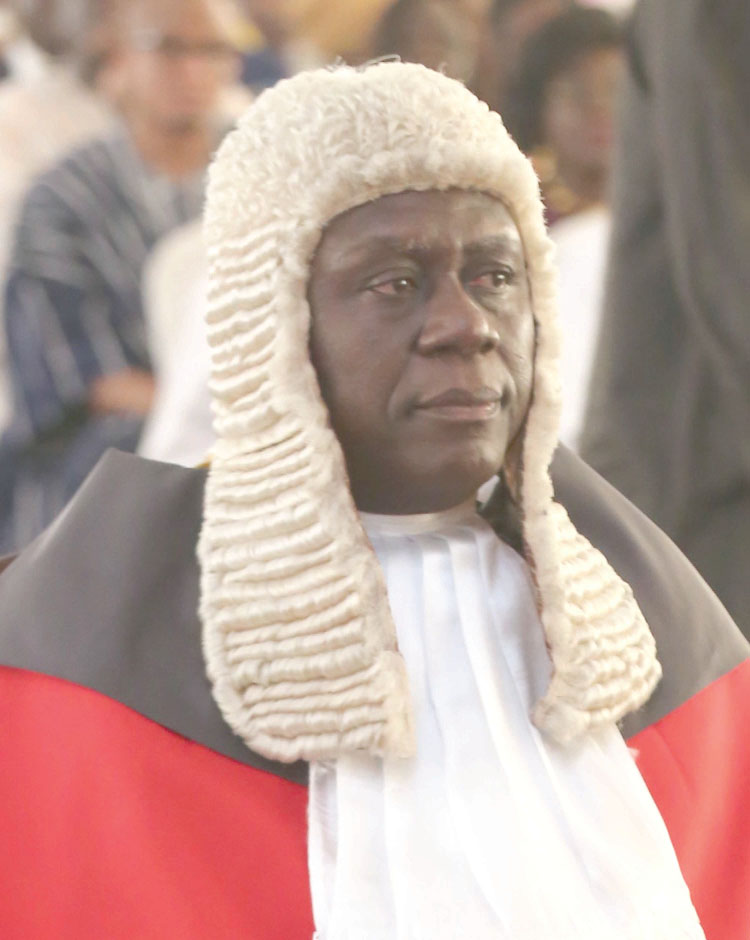 We hate to hear military rule or governance by dictatorial rule. We dream never to have those kinds of regimes again because we often refer to those periods in our political history as the ‘dark’ days.

The mention of democracy makes us happy, because as one radio station defined it, democracy in Twi means the “say and let me say some,” form of governance. It means freedom to us. Freedom, in which no one is forced to sleep; freedom in which no one is murdered, freedom where there is the unrestricted expression of opinions. But what is democracy, when the powers of a sitting President is almost equivalent to a dictator? This is not to reference any particular constitutionally elected president, but to question the wisdom of the 1992 Constitution.

According to the National Conference of State legislators, the term ‘trias politica’ or ‘separation of powers’ was coined in the 18th Century by Charles-Louis de Secondat, baron de La Brède et de Montesquieu.

His publication, ‘Spirit of the Laws,’ is considered one of the great works in the history of political theory and jurisprudence and under his model, the political authority of the state is divided into legislative, executive and judicial powers.

In secondary school, we were taught that the legislative branch of government was responsible for enacting the laws of the state and appropriating the money necessary to operate the government.

The judicial branch is responsible for interpreting the constitution and laws and giving interpretations to controversies brought before it.

In a piece titled, Breathing life into Separation of Powers in 1992 Constitution, Professor Stephen Kwaku Asare, a Democracy and Development Fellow in Public Law and Justice at the Ghana Centre for Democratic Development (CDD-Ghana), raised cogent points about the practice of democracy and how we understand the concept we so much cherish, yet never practise in full.

According to him, separation of powers is a generally accepted political doctrine, which can be traced back to Aristotle’s thesis that each constitution must have a deliberative, official and judicial element.

In its purest formulation, he pointed out that the government was divided into three coordinate branches — the legislature, the executive and the judiciary — each of which is assigned an identifiable function of government to perform, free from the encroachment of the other branches.

Based on his observations and that of the definitions given from the proponents of that concept, it is clear and unambiguous that the persons who compose the three agencies of government must be kept separate and distinct, no individual being allowed at the same time to be a member of more than one branch.

To him, the essence of this political architecture is to allow each of the branches to serve as a check to the others, so that no single branch, or for that matter, group of people are able to control the state machinery.

For long, many have recognised the gaps in that document we use in ruling our country, but have never attempted to get the entrenched clauses that makes for certain changes to happen swiftly, expunged.

Lastly, Article 125(3) provides that the judicial power shall be vested in the judiciary. Further, the power delineated to these organs of government shall be exercised in accordance with the Constitution.

In practice, the professor observed that the details in the design of the Constitution, the voluntary surrender of power by the legislature and illiberal judicial decisions and practices have culminated in an imperial presidency. Thus, some have argued that a President who operates under the 5th Constitution is as powerful as the President who operated under the 2nd Constitution or even under some of the military regimes, even if the latter made no pretences that they disfavoured separation of powers.

Is it not laughable that even under separation of powers, it is the requirement of Article 78 (1) that the majority of ministers of state shall be appointed from members of Parliament, with a blank cheque given to the President in Article 78(2) to appoint such number of ministers of state as may be necessary for the efficient running of the state.

While only the judiciary can exercise the judicial function, it is slow to resolve disputed facts and law and often strains to uphold executive authority. For instance, while the Constitution commands that the President appoints members of the Electoral Commission acting on the advice of the Council of State, the court has interpreted this requirement as if the President merely has to consult with the Council of State.

I agree with the professor when he said that “To breathe life into the separation of power doctrine, there is a need to amend Article 108 to allow MPs to introduce private member bills. It is not an entrenched provision of the Constitution and can be amended with a two-thirds majority.”

In his wisdom, the present Speaker, Rev Prof Mike Ocquaye has openly announced that even in the absence of a constitutional amendment, Parliament can address this problem.

However, we await to see when it happens.

There is a call to amend Article 78 to allow a President to choose majority of ministers outside Parliament and also to have a ceiling on the number required for running a government. Unfortunately, the Constitutional Reform process has stalled and there is a need to jump-start the process.

A national Service Person in my office asked me whether we were practicing separation of powers in the country and my answer was simple – That, we are making mockery of ourselves. It’s time to debate this once more and do the needful.

This is just my honest opinion as a citizen