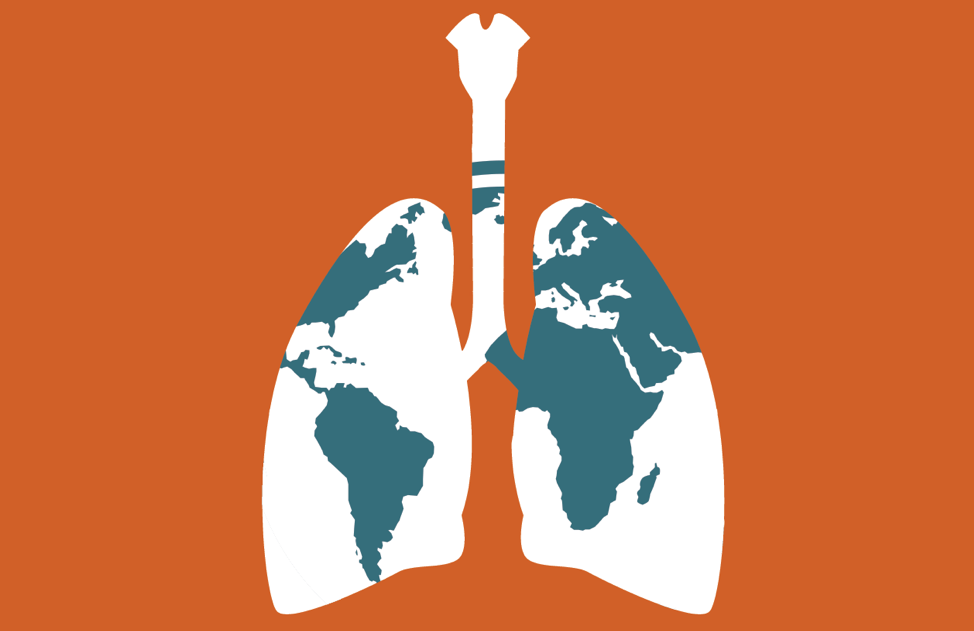 Richmond Morrison knows what it is like to have tuberculosis – not only to be ill himself, but to face stigma and to lose his friends as a result of the disease too. As one of the People Who Had TB (PWHTB), he has now become a TB champion – helping to educate people on the disease and encouraging them to get tested.

When he contracted the disease in 2017, he had no idea about it and said he thought it was a spiritual attack and was moving from one prayer camp to the other and from one herbalist to the other.

For close to six months, he said, “we did not know exactly what was wrong with me and the cough became worse and I was growing lean. All my friends shunned my company, they did not want to have anything to do with me.”

Due to the bad experience he received at the hands of his former friends, Richmond now works as a TB champion and helps to educate people on the disease.

“I usually visit the ghettos, where the people are more vulnerable due to their disposition to smoking and when I manage to win their trust, we organise public lectures for them and get them screened.

“So far, the approach has worked and we are getting people treated and also doing contact tracing,” he said.

Richmond is one of the many Ghanaians, who, out of ignorance and for fear of being stigmatised, have refused to get tested or seek medical care for their conditions.

Stigma remains a critical issue in the control of TB in Ghana, impeding access to and provision of TB services. People With TB (PWTB), family members, caregivers and health care workers (HCWs) all report being stigmatized and knowing others who also experienced stigma.

These barriers contribute significant vulnerability to HIV and TB among key and vulnerable populations as well as limit their access to prevention, testing, treatment and care services.

Ghana is among 20 countries prioritized by the Global Fund for intensive scale-up of programmes to remove human rights-related barriers to accessing HIV and TB services.

The country has benefited from both financial and technical support from the Joint United Nations Programme on HIV/AIDS (UNAIDS) to effectively evaluate the magnitude of the human rights and gender barriers, and to formulate a comprehensive strategic plan to address these barriers.

A research undertaken by STOP TB Ghana revealed that “community leaders also reported knowing PWTB/PWHTB who experienced stigma, which mostly took the form of gossip and avoidance and isolation of PWTB/PWHTB in the community.”

According to the STOP TB report, “stigma was prominently exhibited in the community across all categories of the TB journey, mostly inhibiting recognition of symptoms and negatively affecting care seeking among PWTB/PWHTB. Stigma also inhibited families from providing support to family members with TB or had TB. The results also suggest the existence, enforcement and media coverage of laws and policies that protect PWTB/PWHTB at both the subnational and national level.”

It is therefore clear that fast-tracking the TB response will be almost impossible without addressing the pressing needs of human rights and gender inequalities. Human rights barriers such as stigma and discrimination, violence and other abuses, negative social attitudes, legal obstacles, intimidation by law enforcement agencies, negative attitudes and behaviours of healthcare practitioners and general hostility in the healthcare sector towards key populations need to be addressed urgently.

Charity Femeyibor, of Ghana National TB Voice Network, also said “it is not a hidden fact that the level of stigmatization and discrimination is still high against the TB community.”

She said a TB Stigma Index Study conducted in 2020 to determine the level of stigma among the TB key populations showed that TB-related stigma was considerable.

According to her, 22 per cent of the PWTB and PWHTB who took part in the study experienced some level of stigma, while 10 per cent of family members and caregivers offering support also suffered from the stigma.

“These could have significant implications on seeking and accessing TB care services if not given utmost consideration,” she cautioned.

She said the stigma experienced in the community and the neighbourhood where the respondents resided mostly inhibited them from recognizing symptoms, followed by seeking care and treatment.

“Gossip, avoidance and isolation of PWTB and verbal and physical abuse were the specific TB related stigma experienced by PWTB and PWHTB,” she added.

As part of the efforts to increase access to service and reduce stigma and barriers to TB services, the government of Ghana through the Ghana Aids Commission in 2020 launched a national Strategic Plan for Response to Human Rights Related Barriers to HIV/TB Services. It was to run from 2020 to 2024.

The national response seeks to draw on the expertise, resource and specialties of various stakeholders, particularly civil society organizations (CSOs) to institute interventions that address stigma, discrimination and human rights barriers relating to people living with HIV, persons affected by TB and other key and vulnerable populations.

The objective was to improve access to quality HIV and TB healthcare and support services through pragmatic implementation strategies.

The National TB Control Programme Manager, Dr Yaw Adusi-Polu, said the implementation of the plan was ongoing and has so far helped in improving access to TB services and also reducing stigma.

Ghana National TB Voice Network, one of the nongovernmental organisations working towards the eradication of TB, said though it has been involved in some aspects of the strategic plan, this has been done through international NGOs.

For instance, the NGO’s Ms Femeyibor told this reporter that TB Voice Network has, under the Challenge Facility for Civil Society Round 10 Project, engaged the members of parliament to advocate for increased TB resources, how to reduce stigma and discrimination regarding TB in general, and to also reconstitute the parliamentary TB caucus.

Have we done enough?

Ms Femeyibor said: “I know that so far, we are all doing our best to end stigma and discrimination. Because it is identified as a major challenge to the national TB target. I also believe that we can do more to curb this barrier that hinders our goal of ending TB in Ghana.”