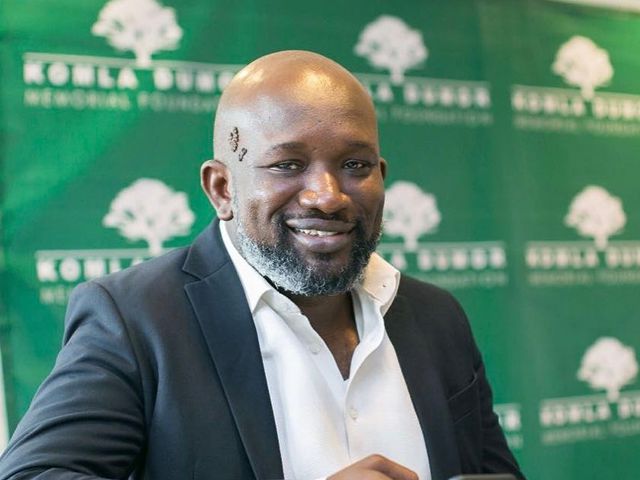 This will be the first piece you will be reading from me in this first issue of the Graphic Showbiz in the Year of our Lord 2020 as such I want to make the experience worth your time. First of all, I hope you had a wonderful holiday season and took part in one or two of the many events that took place across the country.

It looks to me from reading, watching and listening to reviews from the various events that we had very limited set of problems with the events that took place. Of course, there were some that had challenges which brought open antagonism on social media. An example is footballer Emmanuel Adebayor’s open tiff on Twitter with the organisers of Little Havana at Aburi over what he claims was a badly organised event.

I followed Kofi Kinaata’s Made in Taadi Festival in Takoradi and was impressed with the level of organisation that would be needed to pull off something so grand in the Western Region. Many of the top music acts who live in the capital city showed up to make the event a good one.

I also saw videos of and read posts and articles about the resounding success of the Christmas In Takoradi masquerade festival.

Absolutely and emphatically awesome show by the people of the west that got all who couldn’t make it green with envy. I should say that outside of the epicentre of the Year of Return events in Accra, Takoradi was the most active part of the country during the holiday period.

There was also Afrochella, which in its third year, had promised to be a good place to attract a lot of the diasporans to come to Ghana during the December in Ghana and Year of Return. From what I saw and read, it was indeed a good event with all the elements: lifestyle, culture, music and more.

Mr Eazi had been organising Detty Rave and making it a good place for lovers of music, especially young people to gather, have fun and do what young people do. Yet he and his team promised to raise the bar this year at the Detty Rave concert and boy did it.

The icing on the cake has to be Rick Ross coming to town and performing on the Detty Rave stage to thousands and thousands of revellers on the Spintex Road. Mr Eazi and his team need commendation for putting together a great show.

Sarkodie had his Rapperholic Concert to rave reviews at the Grand Arena of the Accra International Conference Centre. There were massive artistes showing up to support the rapper who in 2019 showed that he was still relevant to the Ghanaian music industry.

Citi FM held their annual D2R concert at the Fantasy Dome at the Accra Trade Fair site with videos and reports showing it was a well-patronised event with a great line up of artistes who wowed the audience with good music and good vibe. It was from the same event that comedian OB made a joke about former President Mahama that got the NDC family coming after him. OB had to issue an apology to calm nerves and, perhaps, save his skin.

Stonebwoy took his Bhim Concert to far away Tamale to ensure that as the Sapashini of the area, he would engage with the fans up north. Reports indicate that it was a great concert with a huge turn out by different people.

For me though, the real deal-breaker this December has got to be the much talked about Afro Nation Festival at the Laboma Beach Resort in Accra. Many didn’t quite get the whole import of what Afro Nation was about on three counts of the artiste line up, prices advertised and the number of days the festival would last.

The fact is that the country is not exposed to long sustained events with big-name stars lasting for days and for which revellers have to pay what we may consider as an arm and leg. So from the start, the work of the team putting it together was always going to be an uphill one.

When things were settling and people were convinced that the artistes announced were really going to show up and perform, that prices won’t change and the Laboma Beach had been prepared with the lagoon desilted and that Afro Nation was about to happen, then boom, another spanner was thrown into the works.

There were purported lawsuits filed to stop the show from happening. In all of this, the team putting this event together worked hard, preparing for it to take place and not be sidetracked by the court issues or any other matter that would have any effect on the shows planned for December 27 to 30.

Let me say at this point that Ruddy Kwakye, who is the Chief Executive Officer of Rave Media Group, the local partners of Afro Nation, who is also the Executive Producer of Afro Nation Ghana maintained his cool when I called him and in a very confident and measured tone, he said nothing will stop the show from coming on.

Let me say I had spoken with Ruddy earlier about the decision to host the beach festival in Ghana, broadcast rights and generally all the things that I needed to know about what the event was going to be so I knew we were in for something big.

Afro Nation is a relatively new concept, but it is positioned as a big international festival hence the standards are very high and therefore you knew Ruddy had taken on a challenge that would draw a lot from him and whoever he adds to the team to manage the festival in Ghana.

For starters, there are so many challenges that event organisers, of the standard that Afro Nation comes with (I know because I have been involved with some of them, including AFRIMA when it came to Ghana) are wont to face on so many levels that would kill the spirit of even some of the gods on Mount Olympus. Even a one-day event could kill you and so you can imagine the planning, organisung and movement of logistics for four days in Accra.

I was not at the first day as I sat home and watched on GhOne TV and then on YouTube when the feed went off during Burna Boy’s performance. The television production wasn’t the best, but I had seen people giving good reviews on social media and I realised the experience was on the ground.

I was at the remaining three days and I was astounded by everything I saw. From the milling crowd of different races and cultures, the security arrangements, the hospitality, the vending arrangements, the stages (yes more than one stage for different experiences), merchandising, artistes’ village and handling to everything else about Afro Nation gave me goosebumps. My God, what an organisation.

Over the last decade and a half or so I have known Ruddy from afar, we became good friends, business partners and then sounding boards for our respective ideas and I know that his understanding of events and such activities is beyond the ordinary. However, pulling off such a big global event with such finesse for four days was impressive to me, even for a man of his creative calibre.

Ruddy put together a great team and as the general, he properly marshalled each member to give off their best before, and to deliver what is in my view the best of the events around the Year of Return initiative.

This is my commendation piece to my friend for showing that given the right inspiration, anything could be done even in the face of the biggest challenges.

Congratulations to you and your team for pulling the biggest rabbits out of the event bag this holiday period, my friend!