How US Foreign policy under Donald Trump has affected Africa 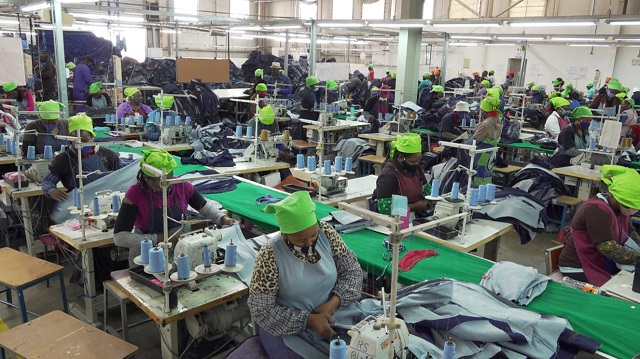 What we have learnt about the Trump administration’s policy towards Africa.

Lesotho has been used as a microcosm in this article to reflect how the foreign policy has affected Africa.

Trade relations between the United States and Africa have declined significantly in the last few years. Many of the fastest growing economies in the world are in Sub Saharan Africa -but the region has become less of a priority for the US.

“Donald Trump has total disregard for Africa, he hasn’t travelled here and it if he was re-elected I doubt he’d visit the continent. He figures this isn’t worth his attention”, says Professor John Stremlau, an international relations lecturer at Witwatersrand University.

As Africa ponders President Donald Trump’s impact on their continent, and what might follow November’s election, one strong sign of America’s changing influence can be seen in the Trump administration’s move to block funding. Washington’s decision has harmed the ability of African countries with struggling healthcare systems to provide much needed services. Using Lesotho as a microcosm, this article explores what President Trump’s possible re-election could mean for Africa.

About 2 hours outside of Lesotho’s capital Maseru, the effects of Washington’s decision to cut funding is felt on the ground. Surrounded by rolling hills and mud huts dotting the landscape, the only clinic at Ha Mojela village has been closed. Gates have been locked, the padlock is rusty and the condom box is empty. Women here have nowhere else to turn.

“I used to visit the clinic every month to collect contraceptives but I’ve now been forced to buy them because the clinic I relied on has been closed. I can’t afford to do that every month and I fear I’ll get pregnant”, said 36-year-old Malerato Nyai, a slender and shy woman who smiled nervously. Her comments resonated with several of her neighbours.

Unwanted pregnancies and a 40% increase in abortions in African countries have been linked to America’s decision to block US federal funding for NGOs that provide abortions and counselling for terminations of pregnancies (According to a report published in The Lancet and Marie Stopes.

The policy was reintroduced by President Donald Trump in 2017. This means a decision take in Washington has had a ripple effect on many African women who live in countries that depend heavily on foreign aid.

“We had to abandon some hard to reach areas that we were providing services to. The consequences are dire, because we’re talking about high rates of unintended pregnancies among young couples and girls,” said Tlali Matela from the Lesotho Planned Parenthood Association.

But it’s not just the lack of contraception that is affecting people in many African countries. The loss of US funding has led to cuts in other services such as HIV testing and cervical cancer screening.

“When funding from the US was cut, it meant the people we were providing services to were left abandoned…HIV services that clients would normally access have also been limited”, says Mr Matela.

The impact of the Trump administration’s decision to cut funding has been felt in Sub-Saharan Africa more than any other place in the world because the region shoulders the world’s highest HIV infection rate. AIDS remains the leading cause of death in the region according to UNAIDS.

But it’s not just about health services. Trade relations between the US and Africa have been waning. There are fears the Africa Growth and Opportunity Act known as AGOA may not be renewed beyond 2025. Signed into law 20 years ago, the trade agreement gives qualifying Sub-Saharan nations duty free access to the US market for over 1,800 products.

Lesotho, a mountain kingdom within South Africa’s borders is seen as one of the main AGOA success stories. The trade agreement played a significant role in reviving the country’s textile industry, which resulted in more than 46,000 jobs, most done by women.

Lesotho’s textile industry is the biggest private sector employer in the country - and that can be clearly seen on factory floors. The working hours are long but the female workforce is hard at work churning out thousands of garments every day. Despite low wages, hundreds of thousands of people are heavily dependent on this industry.

If the trade agreement is not renewed, all these people could lose their jobs.

“It would be terrible for all of us. If the AGOA agreement won’t get extended, we will have to shut down and all of us will be jobless. We won’t be able to compete with the outside world,” said David Chen, a Taiwanese textile factory owner who employs 1,600 workers.

In many African countries, the United States is no longer the investor of choice. This has left a gap for India, Turkey, Russia and China to ramp up their diplomacy, trade and investment here. A huge amount of the continent’s infrastructure is driven by Chinese companies. Most of it is backed by funding from Beijing. China is building roads, ports and airports all over Africa, further strengthening its presence on the continent. All this is in exchange for resources, friendship, political and economic influence.

While many have welcomed China’s cosy relations with Africa, describing it as a “win-win” situation, others have cautioned against it, saying Beijing is attempting to recolonise the African continent.

China is stepping in

China became a major player in Africa long before President Trump came into power. Trade between Africa and China has grown rapidly, reaching $166 billion in 2011, according to the United Nations. Beijing further accelerated its influence on the continent under the Trump administration. China is building railway, train stations, ports, airports and roads all over Africa.

In the picturesque valley of Qacha’s Nek just a few kilometres from the South African border, the construction of a road started a year ago – thanks to a loan from Exim Bank of China. The 91km long road runs parallel with the Drakensburg mountain range and costs $128m - of which the Chinese government supplied $100m.

The US is playing catch-up in its trade rivalry with China in Africa. While President Trump’s mission is to make America great, his administration has largely remained disengaged with one of the world’s fastest growing regions. What remains to be seen is what the outcome of the upcoming US elections will mean for Africa.

This article was written by Nomsa Maseko, the BBC Southern Africa Correspondent