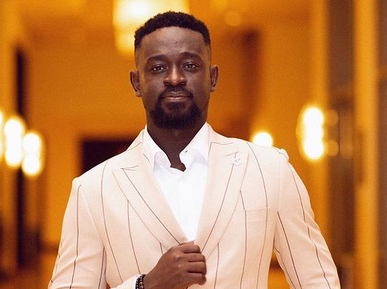 Bad or negative news has always had a huge market over good stuff and with the advent of social media, people's appetite for bad news about celebrities has just risen.

So has the penchant for celebrities trying to trend with all kinds of outrageous stunts, which even though negative, keep them in the news all the time. However, blogger Augustus Koranteng Kyei popularly known as Kobby Kyei says it is about time we promoted positive stories since negative ones never last.

Speaking on Asomdwe Nkomo on Peace FM hosted by Nana Yaa Konadu, he said, “Some celebrities deliberately attack others or do something bad just to get attention. How long can you do that? The truth is you cannot continue dwelling on negatives forever and the sad thing is those who dwell on the negatives always come back to apologise for their actions.”

“Now young musicians want to insult an established musician to get followers and female celebrities are going almost naked just to get attention. What knowledge are we imparting to the young ones?" he said.

Commenting on the 'beef' trends that have become popular in the creative industry, Kobby Kyei said he blamed the media for fueling 'beefs.'

“I blame all the media houses for fueling the many 'beefs' in Ghana. We see two people fighting on social and bloggers/journalists will invite and interview them, allowing them to say all kinds of things to escalate the issue.

"If the media stop making trivial issues big this nonsense will stop. The media need to make a deliberate effort to do away with hyping 'beefs' but unfortunately, it will be difficult because they also need the numbers,” he said.

Kobby Kyei explained that he is happy he does not involve himself in such 'beefs.' “ I know Ghanaians are interested in such things and once you do that you get a lot of people following you but that is not my style,” he added.