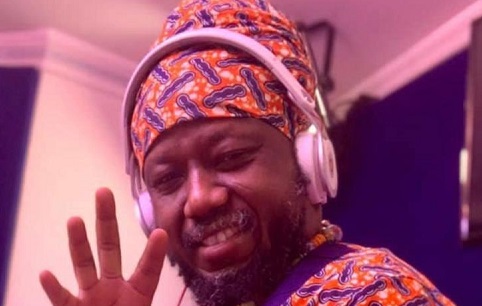 The last thing ardent listeners of drive programme Taxi Driver on Zylofon FM perhaps expected to hear was that its firebrand host was leaving the show.

And yet that is what outspoken presenter Blakk Rasta did as he announced that he was on his way out of the station.

Apart from some exceptions, presenters don't usually announce their exit from a station on the show, preferring to put up statements on social media.

However, Blakk Rasta, in his own style, announced on Wednesday, December 29, that he was parting ways with Zylofon FM. According to him, Friday, December 31 will be his last day at the radio station he had worked at for four years.

“Friday will be my last day on this radio station. I think it's about time to take a bow and pursue other interests and I must say that I have enjoyed myself here during this four-year period. To the fans, Sammy Flex and NAM1 (Nana Appiah Mensah), I thank you so much," he said.

In earlier interviews with Graphic Showbiz, Blakk Rasta had said there was nothing that would make him leave Zylofon Media because he was very comfortable and his boss paid him well so it is uncertain what has brought about this new development.

Blakk Rasta joined Zylofon FM after leaving Hitz FM and stayed even with the upheaval the station went through after the troubles of its sister company Menzgold also owned by Nana Appiah Mensah and was seen as the cash cow.

Already the station has lost one of its pillars in Samuel Atuobi Baah, popularly known as Sammy Flex, who left earlier this year and it remains to be seen how it will fare with Blakk Rasta also leaving.