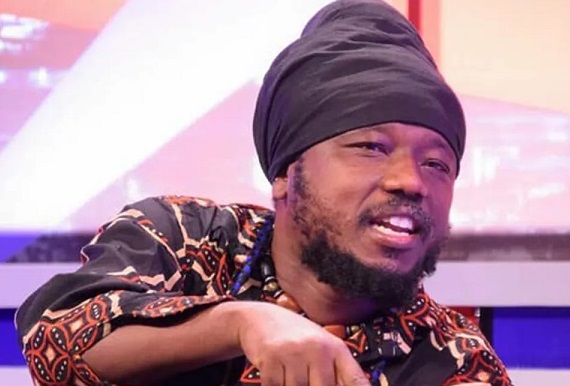 It was certainly a big blow to ardent listeners of Accra-based radio station Zylofon FM when host of the popular programme Showbiz Agenda, Samuel Atuobi Baah popularly known as Sammy Flex, announced his resignation from the radio station on Tuesday, October 26 on his social media pages.

The announcement certainly shocked many people, with some seeing Sammy Flex's exit as a great loss to the station considering that he had been a major contributor to the growth of the station.

But while many have resigned themselves to not hearing the voice or watching Sammy Flex on any of Zylofon's platforms, Blakk Rasta, who hosts Taxi Driver on Zylofon FM, has given hope to listeners.

According to him, he believes Sammy Flex's exit is temporary and he will return to the station.

“Certainly, Sammy Flex is a big brand and a pioneer of Zylofon FM. He has worked really hard to build the station so I don’t think he will leave permanently. Besides, he didn’t mention that he has left the station or resigned. He only said he is not part of the programming for now. This is not the first time he has not been part of Zylofon.

“There were times that he went on leave or had personal issues to sort out that he was not actively involved in the station’s activities so I regard this as one of those times. Sammy Flex can never say he is gone away from Zylofon, that is his baby and you can never deny your baby.

“So I’m hoping that, whatever the issues are, they will be sorted out and then Sammy Flex will be part of the regular programming again," he told Graphic Showbiz.

It is not clear what may have led to Sammy Flex’s resignation from Zylofon FM but some commentaries on social media speculated he may have been axed because he runs a prominent showbiz programme called Showbiz Daily on his YouTube channel, a situation which may have been considered as a conflict of interest by the station.

Blakk Rasta had high praise for Sammy Flex's contributions to the development of the station, especially through the flagship Showbiz Agenda.

“Everybody that has worked with Zylofon makes a good impact and Sammy’s good works are there for all to testify,” he added.