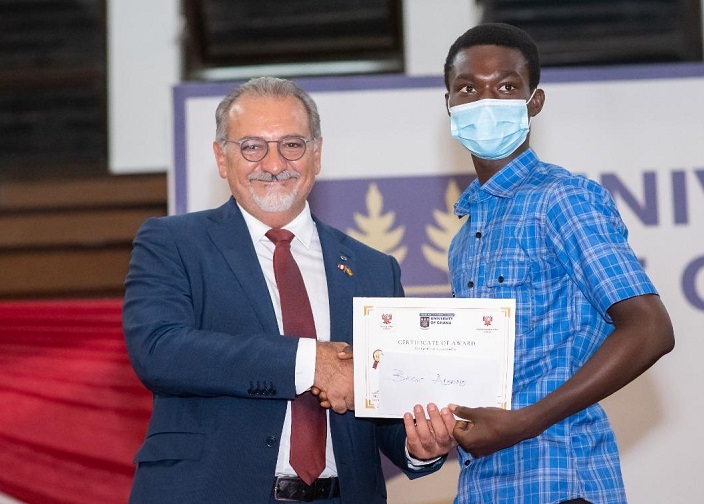 Winners of the maiden edition of the Ghana-Peru Arts Contest have been announced at a ceremony which came off at the Great Hall of the University of Ghana, Legon recently.

The contest was launched in July this year as part of activities to mark the 200th independence anniversary celebration of Peru.

It was open to Ghanaian non-professionals between the ages of 18 and 25 years who were expected to produce artworks and literature that illustrate the theme of friendship between Ghana and Peru.

The winners' announcement was attended by several dignitaries including the Head of the Peru Mission in Ghana, His Excellency Abel Antonio Cardenas Tuppia; Honorary Consul Of Peru In Ghana, Hon. Ghassan Yared and the Director of the Centre for Latin American Studies at the University of Ghana, Dr. Joanna Boampong. 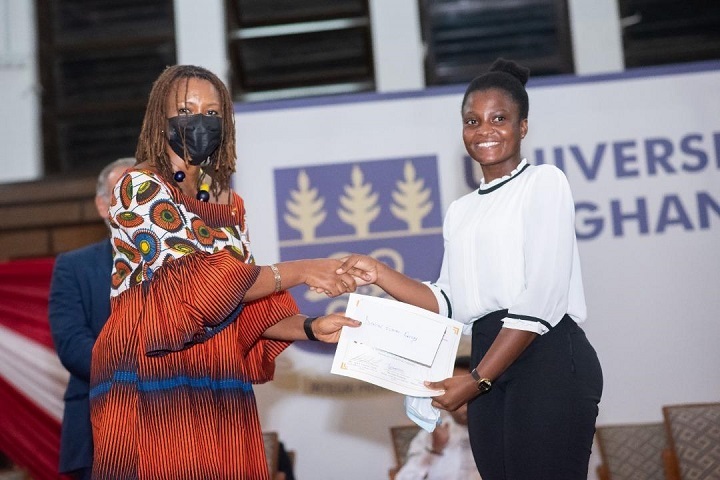 Bright Alornyo emerged the ultimate winner for the artwork category with Caleb Akakpo and Richael Aryeh emerging first and second runners up respectively.

The ultimate winners of each category received a cash amount of $300 and souvenirs from the Embassy of Peru as well as its partners and key stakeholders. The first runners up each received $200 and the second runners up got $100 in addition to souvenirs and certificates of participation and acknowledgment.

Some of the guests at the event.

His Excellency Abel Antonio Cárdenas Tuppia, acknowledged the great standard of entries received for the contest and further congratulated all who participated in the contest, encouraging them to always strive to succeed at whatever they set out to do.

On his part, the Honorary Consul of Peru in Ghana, Hon. Ghassan Yared, highlighted Peru’s African roots, which is evident in Peruvian cuisine and music. He added that Africans have made great contributions to the development of cultural life in Peru.