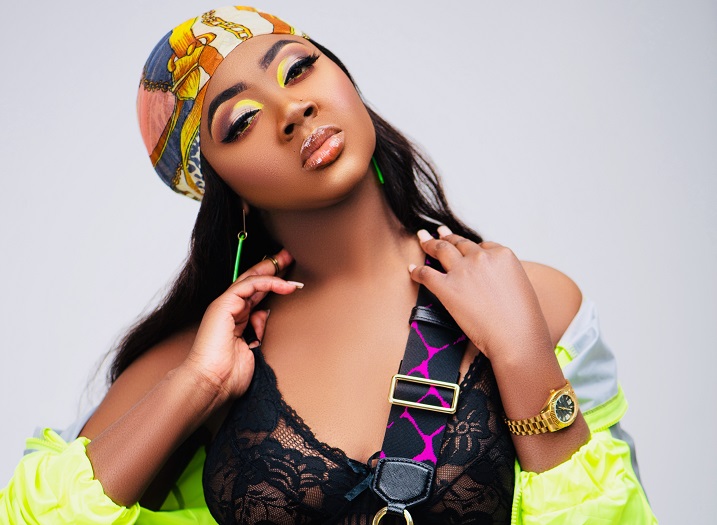 She was part of the five artistes signed by Highly Spiritual in January 2019 but things did turn out as expected compelling singer Rashelle Blue to exit the label in the same year.

Since moving on, things have not been that smooth for the My Thing singer while her former label mates Krymi and Mr Drew are enjoying success with songs such as Dw3, which has climbed up charts.

In spite of how well they're doing, Rashelle, who has set up Golden Girl Records has told Graphic Showbiz that she doesn't regret exiting Highly Spiritual.

“I do not see the sense of feeling regret simply because something that didn’t work out for me, worked out for someone else. In fact, I think it’s great that things have turned out the way they have for Krymi and Mr Drew and I wish them well,” she stated.

She mentioned that she has grown over the years and Highly Spiritual will always be part of her music journey.

“It was within my path to be with the label, it was meant to happen. Nothing in life is a coincidence and what we encounter shape us for who we are meant to be tomorrow,” she explained.

Despite the limitations hindering a commercial breakthrough for her, Rashelle Blue said her aim is be relevant for how well she has lived.

“All I strive to do is share my music, live my truth, look at how I can support my community, set a good example and give younger ones something positive to look up to.

"If that happens to keep me relevant, good. If it doesn’t, I will still continue to stay true to myself and not compromise my happiness, sanity or even my soul to progress in the industry,” she stated.

Since setting up Golden Girl Records, Rashelle Blue has released a number of songs including Hello and Akosombo.