My mum was my role model – Actor Bill Asamoah 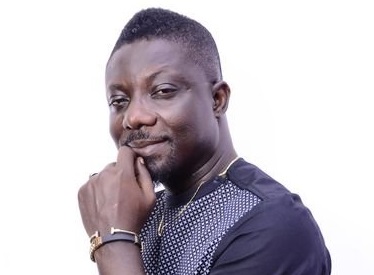 We all have that one person who is an inspiration to us and we look up to and for popular actor Bill Asamoah it is his late mum Madam Esther Owusu Assuming who was his role model.

Madam Esther Owusu Assuming, who passed away on Monday, July 19 after a short illness, will be laid to rest on Saturday, October 2 and according to Bill Asamoah, no one can replace her.

“My mum has always been my role model. She shaped me into the person I am today and although she is no more she still remains my number one role model. In fact, I have become a better person due to the advice she constantly gave me and I am going to miss her.

“No woman can replace her for her positive impact on my life. This woman was there for me through it all and she never made me lack anything. The passing of my mum is a big blow to me but God knows best," he told Graphic Showbiz recently.

Giving details on the burial Bill Asamoah said his mum who died will be laid in state on October 2 at H/No 23 A Block B Daaho, Asante Mampong in the Ashanti Region.

The funeral rites will be held at the Worakese Bretuo Royal Cemetery in Asante Mampong on the same day while the thanksgiving service will happen at the Resurrection Power and Living Bread Ministry, Asante Mampong on October 3.

Bill Asamoah, is a veteran in the movie industry and who contributed immensely to the Twi industry known as Kumawood. He is the Chief Executive Officer of Okyerema Entertainment and the chairman of the Ghana Actors Guild chapter in the Ashanti Region.

He has starred in movies such as Azonto Ghost, Someone Call 911, Mild Attraction, Evil Plot, Ebe Sesa, Sika Ne Asumdwe, The Prince Desire, Pains Of True Love, The Story Of Our Love and The Mighty One.