Huge turn out at 'Vodafone TurnUp’22'

IT was no surprise the numbers at the recently held Voafone TurnUp’22 hosted at the Royal Parade Grounds of the Kwame Nkrumah Universityy of Science and Technology (KNUST) was massive.

For two years, due to COVID-19, students had missed out on such events on campus and nothing was going to stop them from having a good fun when the opportunity came.

The last event featured Dancehall act Shatta Wale so expectations for this year’s were high and boy, it did live up to the hype. It was fireworks.

The event which was a collaboration between Vodafone Ghana and the Students Representative Council (SRC) of Kwame Nkrumah Universityy of Science and Technology (KNUST) also saw patrons from other universities. 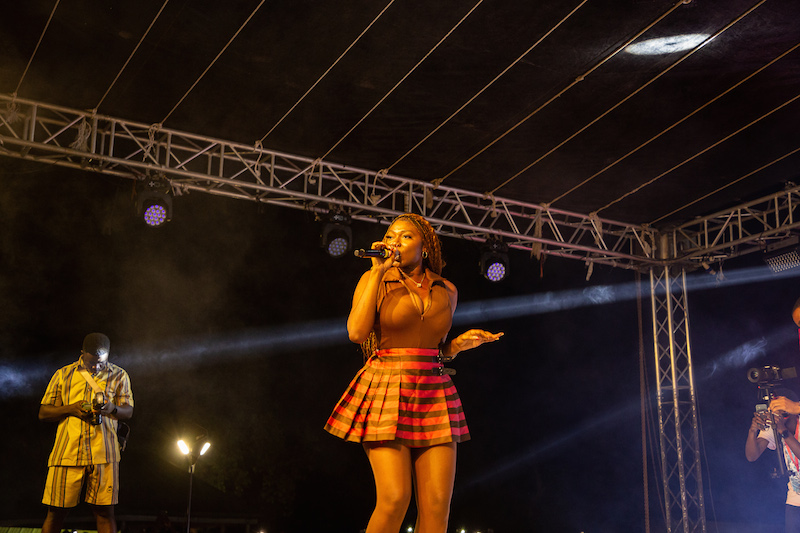 S3fa was just great on the night

This year’s event featured the E-Choke singer, Sefa, Mr Drew and Hiplife duo R2Bees who turned up the heat at the grounds with spectacular performances as patrons danced and sang along.

There were also surprise performnces from Tulenkey, Darko Vibes and Yaa Pono as well as KNUST alumni and popular Disc Jockey, DJ Aroma.

That is not all, a TurnUp Star Competition was also organised as part of the event and underground student musicians were given the opportunity to compete for a spot on the big stage to perform alongside the star performers by recording a 30-second video of themselves singing.

In a brief chat with KNUST SRC Public Relations Officer, Mr Valentine Essoun about the event, he said “the event was a refreshing start to a short yet packed semester and especially a good welcome to students since the previous semester had been solely academics-based.

“The concert was well-received and lived up to expectation given the extended period of time the school had gone without entertainment because of COVID-19.”

According to him, the KNUST SRC made sure patrons observed COVID-19 safety protocols in anticipation of the expected large turnout.

There was a medical outpost, two ambulances were made available and about 200 security guards from the University Cadet Corps, KNUST Security Services, and the Ghana Police Service were deployed to ensure safety.

Also, the organisers set up the Vodafone Cashless Bazaar, where several vendors offered their products and clients who bought with Vodafone cash received substantial discounts. 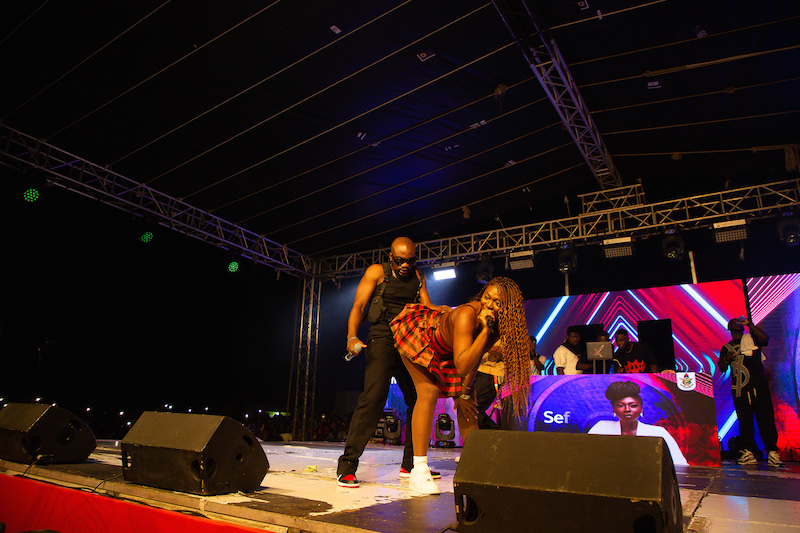 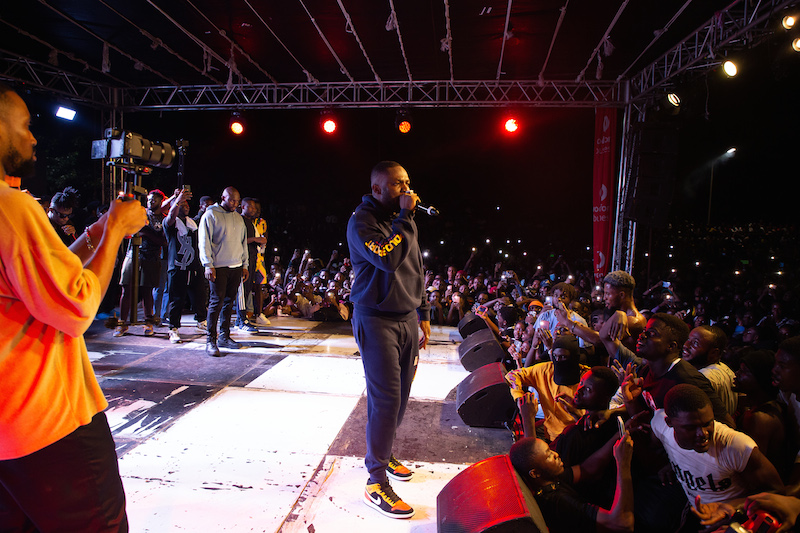 Omar Sterling doing his own thing yet rocking the crowd 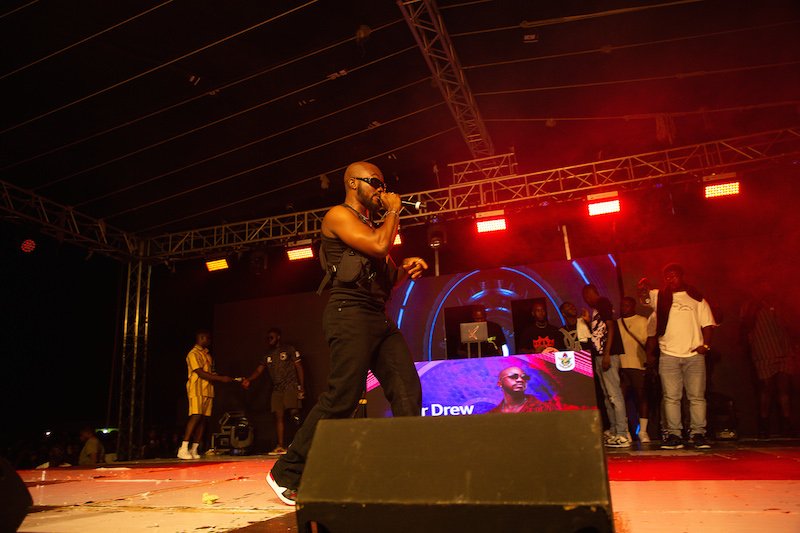 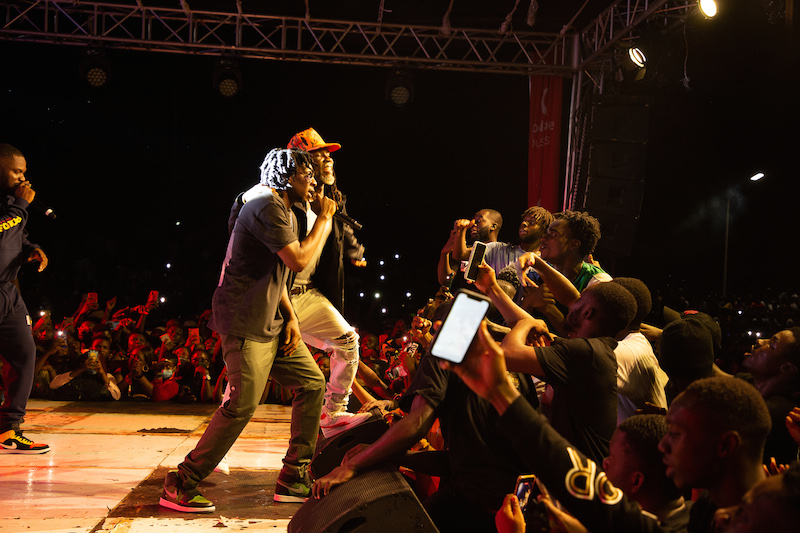 Mugeez with a crew member on stage 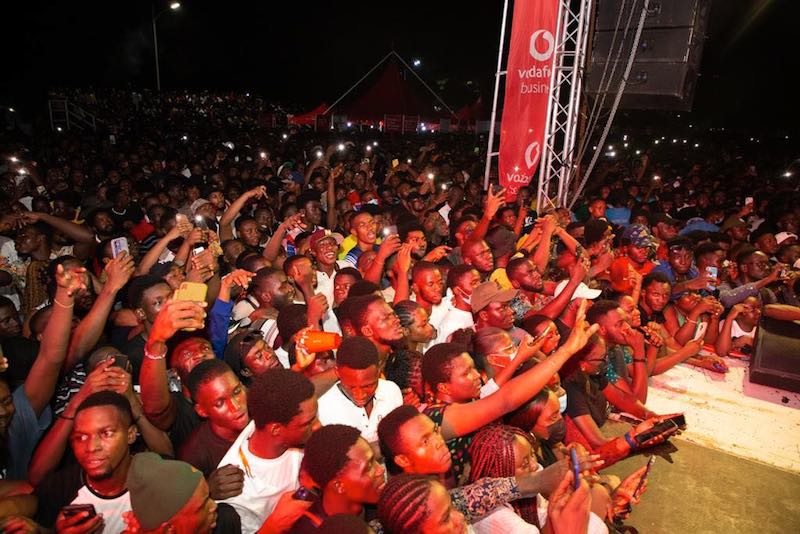 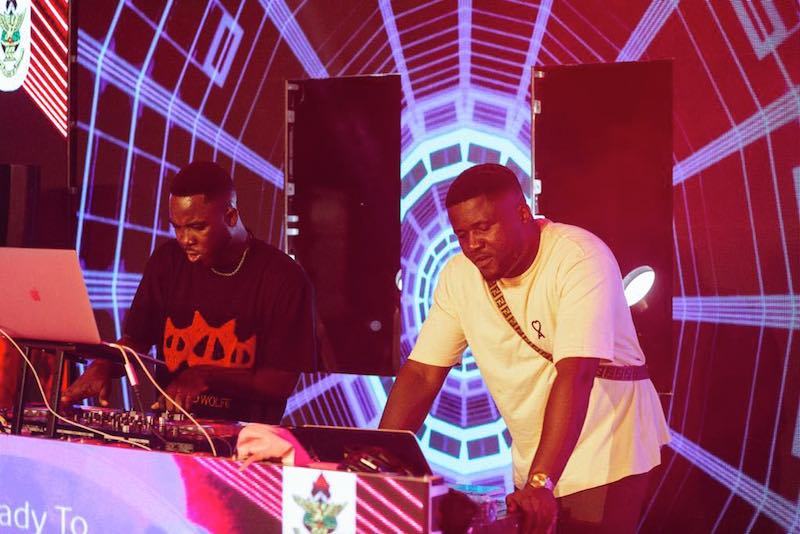 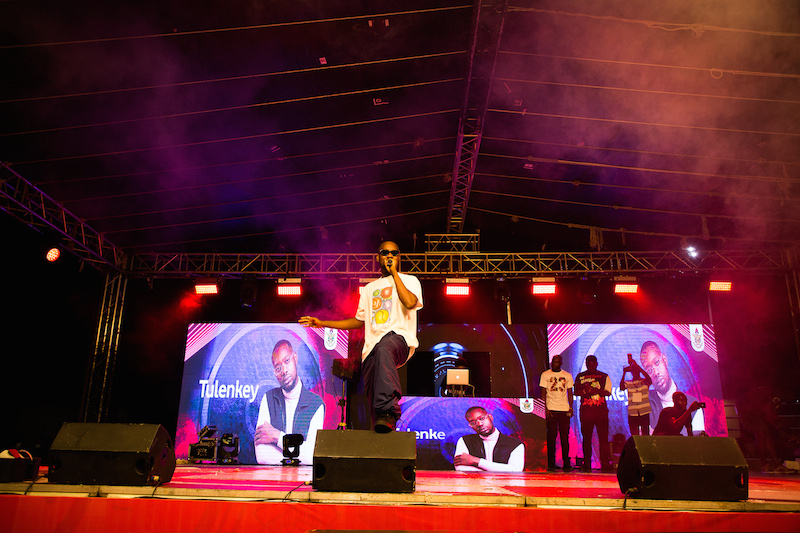 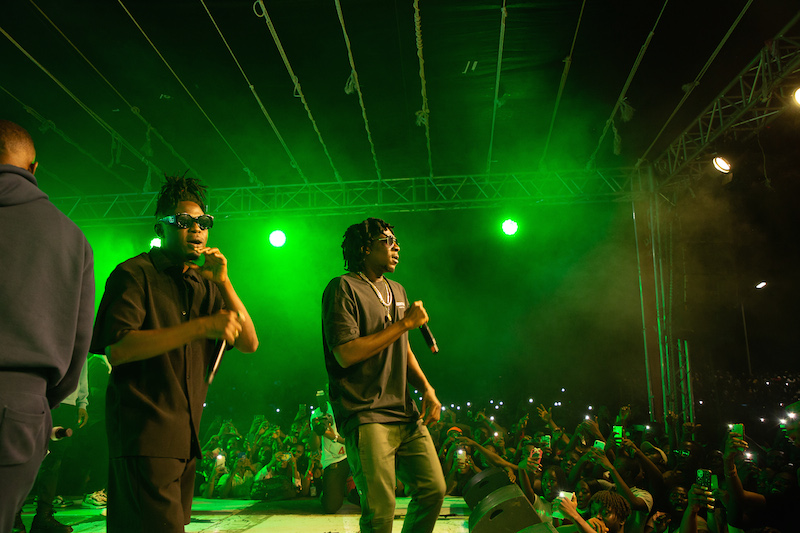 Killbeatz (left) and Mugeez on stage