Goodies goes back to music business 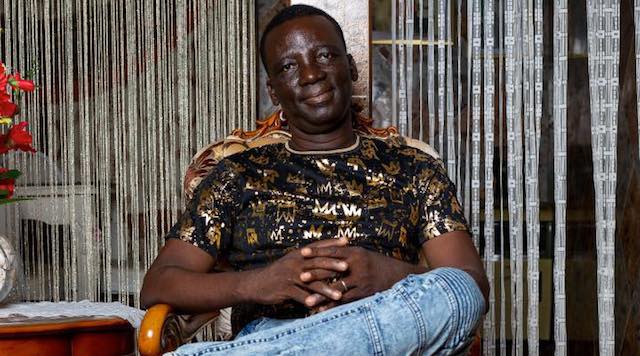 THERE is no love like the first, thus no matter how much the Chief Executive Officer (CEO) of Goodies Music International, Isaac Aidoo popularly known as Goodies tries to walk away from music (his first love), he gets drawn back to it.

Goodies lost interest in music after his release from prison eight years ago after serving a six-year prison term at Nsawam.

The executive music producer who once worked with artistes such as Lord Kenya, Mzbel, Barima Sidney, Tic Tac, VIP, among others, told Graphic Showbiz in an interview that the more he tried to forget about music, the more he thought about it.

“I just can’t help it but I have started the music business again. I love everything about music and it looks like I cannot stop investing in it.

"I lost interest when I came back from prison but I started again as an executive producer", he disclosed.

According to Goodies, he is  currently working with Antwi Galey of Antwi Ne Antwi fame.

" After listening to his latest single I Make Wild, I decided to help him. I am the executive producer and I intend to push his talent because he is good.

I am back in the music industry and willing to support young talents who do not have the means to promote their songs,” he said.

Talking about life after prison, Goodies said there was nothing more precious than freedom.

“There is nothing like freedom. I was made to sleep when I didn’t feel like sleeping, among others.

"The fact that I have the liberty to move around, meet friends and eat any kind of food makes me very happy.

"I wept many times in prison and after what I have been through, I will never trade my freedom for anything. I don’t even wish life in prison for my enemy”, Goodies said.

Talking about the lessons learnt so far, Goodies said he had learnt to be humble, respectful and very careful about who he dealt with.

“It is only wise that you tread cautiously when you come out of a situation. I was once very famous and could afford whatever I wanted but due to jail my term, all the good name I had just vanished and it is difficult to get it back.

"I am, therefore, advising everyone to be careful with whatever they do so that they don’t find themselves in the same place I was some years ago.

"Prison is not a good place and I will advise that no one makes the mistake of going there,” he stated.

Since his release from prison, Goodies said some individuals had reached out to him and he was very grateful for their support.

Goodies added: “The likes of Hon. George Andah, Abeiku Santana, Bola Ray, among others, have been very supportive and I can’t thank them well enough for their generosity.”