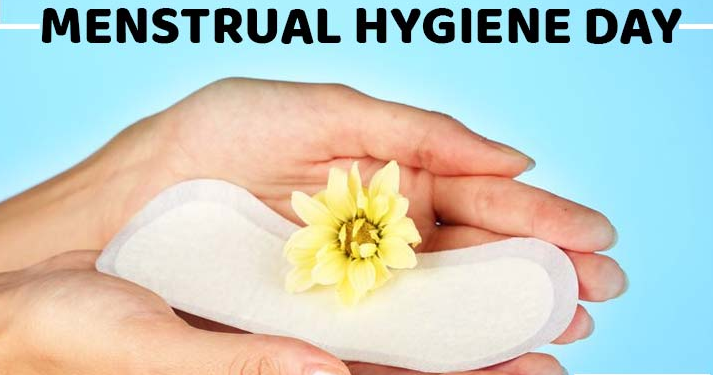 Last Saturday, Ghana joined the world to commemorate World Menstrual Day, one of the most significant days in the lives of humankind.

The day, instituted by the German non-profit organisation, WASH United, in 2013, is meant to draw the attention of the global community to poor menstrual hygiene caused by the lack of education on the issue, persisting taboos and stigma, limited access to hygienic menstrual products and poor sanitation infrastructure that undermine educational opportunities, health and overall social status of women and girls around the world.

The day is also meant to push for the reversal of the trend of millions of women and girls being inhibited from reaching their full potential.

In Ghana, the day was marked on the theme: “Making menstruation a normal part of life”, along with a number of events, particularly in the capital city.

We at the Daily Graphic join in commemorating the day because of its importance not just for women but men as well.

A lot of literature on menstruation has revealed that this occurrence in women and girls has nothing to do with taboos and other mystical imaginations but simply natural.

For us, this day and many other days must be used to seriously drum home the need for both sexes to break the silence, heighten awareness and ensure changes to the very negative social norms around menstruation.

It is a fact that much as we all acknowledge this natural phenomenon in women and girls, men particularly have not been able to ensure that the stigma and the pain associated with menstruation are removed to enable women, who are our wives, sisters and children, to lead normal lives during ‘that time of the month’ and help them overcome the trauma that they go through.

It is against this background that we urge greater action from all and sundry, especially the government, to put in enhanced measures that will enable more women and girls to overcome this stressful moment in their lives.

For instance, in schools, workplaces, religious and creational centres across the country, there must be a deliberate policy to compel all those who run such facilities to have exclusive places for women and girls to use when they find the need for them during their period.

This is crucial because in many instances, women and girls who are pressed to change their pads are compelled to use the washrooms, just like any other persons, and that creates discomfort for them.

Again, we are aware from various studies that many women and girls are not able to afford sanitary pads during the period. As a result, they avoid school for the entire period they find themselves in that situation. This is most unfortunate and discriminatory, to say the least, and must be addressed as soon as practicable.

The paper would also want to join other groups in calling for a subsidy or the removal of taxes on imported sanitary pads to make them more affordable on the market.

We particularly find the need for the government to do so because we cannot pretend to sympathise with our women and yet refuse to heed their call for support during their menstruation.

A few companies produce sanitary pads locally; they also deserve some tax breaks, so that they can produce at very low prices to enable the pads to reach those who need them.

At the workplace, we must go soft on women who are in their periods. It can be tough for some of them, to the extent that they have to take days off to endure the excruciating pain at home. To be one another’s keeper, we must be able to cover for those who encounter serious challenges because it could be our daughters, wives, sisters or close relations who need that support.

Finally, we entreat all the groups that are into this advocacy to double up and constantly engage decision-makers to increase the political priority and catalyse action for menstrual health hygiene.