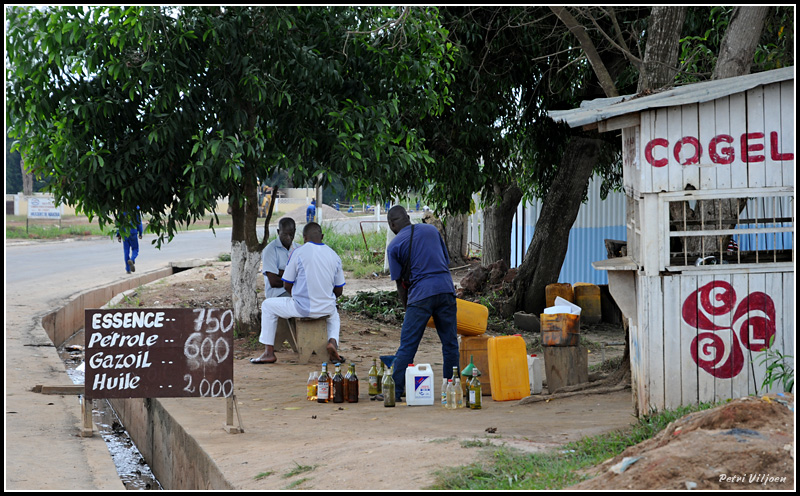 Fuel is a very important driver of every economy, the reason there is always chaos when there is fuel shortage or a hike in its price.

Currently, the Ghanaian motoring public is reeling under consistent adjustments in the price of fuel, with gasoline pegged at GH¢6.90 per litre as of November 14, 2021.

In spite of the increase in the prices of petroleum products, motorists still patronise them because without fuel, vehicles cannot move and everything will virtually be at a standstill.

Vehicles, apart from ferrying commuters to various destinations, also transport our foodstuffs and other merchandise from one place to another.

However, dispensing or fuel stations where motorists buy their petrol or gasoline, which are very common in major cities, are very sparse in rural areas and along some trunk roads, giving rise to what has been commonly referred to as ‘gao gao’ stations.

‘Gao’ is an East Asian surname of Chinese origin that can be literally translated as ‘high’ or ‘tall’, and people of Malian extraction who first started operating the hand-pumping fuel stations were called by that name because of their height.

But the pumps are difficult to regulate, especially in terms of the accepted standard, while the quality of the fuel being dispensed cannot be vouched for, with the siting of such stations also posing a danger to residents.

The crude dispensing method of the ‘gao gao’ fuel stations notwithstanding, they have come in handy for some motorists, especially those who drive commercial vehicles, because the price of their fuel is considered cheaper, while some believe they give better value for money as they can actually see the fuel being pumped into their vehicles.

Further, as they do not depend on electricity, fuel can be purchased even when there is no electricity. Moreover, as stated earlier, those in places (even in cities) where there are no fuel stations do not have any choice but to rely on them for their fuel needs.

‘Gao gao’ stations may have their pluses for those who patronise them, but they are also known to cheat the system, such as adulterating fuel to make maximum gain.

That makes the disclosure by the Chief Executive Officer of the National Petroleum Authority (NPA), Dr Mustapha Abdul Hamid, of plans to shut them down, during a working tour of the Central Region last week, something worth considering.

The Daily Graphic is pleased though, that Dr Hamid did not make a blanket statement that all hand-pumping fuel stations would be closed down but admitted that oil marketing companies (OMCs) had refused to set up fuel stations in most remote communities, hence the likelihood of allowing the operation of the ‘gao gao’ stations in such places to aid in the transportation of foodstuffs to the cities and big towns.

While that may be a fair measure, we urge the NPA to, nonetheless, go ahead to ensure that such ‘gao gao’ stations that are allowed to operate after the shutdown of majority of them are made to conform to the laws governing the petroleum supply sector, so that consumers are not given a raw deal.

The NPA must also explore ways to make it easy for the OMCs to set up fuel stations in the remote communities.

We believe that the OMCs are refusing to set up in the remote areas because they believe they will operate at a loss due to low patronage. The NPA can, therefore, give some concessions to OMCs ready to operate in such remote communities, so that they do not operate at a loss.