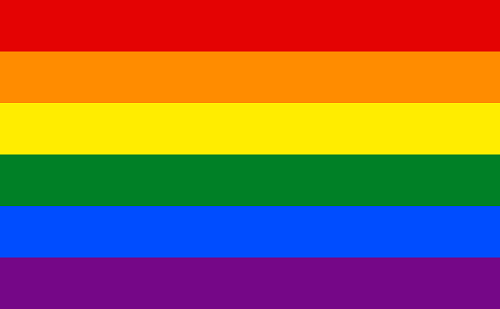 The introduction of the Proper Human Rights and Ghanaian Family Values Bill 2021 draft bill in the Parliament of Ghana that seeks to criminalise the activities of the LGBTQ+ community has attracted much attention across the length and breadth of the Ghanaian society.

For instance, Professor Amar argues that before the adoption of the American Written Constitution in 1789 at the Philadelphia Convention, the sovereignty of the American people was already at play in civic engagements and proactive discourses, and also, even before the Declaration of Independence in 1776.

This meant that the lived experiences and lifestyle of the sovereignty of the American people promoted and acknowledged free speech and freedom of expression.

Indicatively, this exercise emanating from the sovereignty of the American people predated the ordainment of the Written Constitution and its subsequent adoption of the Bill of Rights of which the First Amendment forms part and promulgates Freedom of Speech and Expression, among others.

In his conclusion in this particular instance, therefore, the Written text of the First Amendment did not begin the practice of the Freedom of Speech and, therefore, its constitutional ordainment is very correct – in that it reflects the lived experiences and lifestyle of the sovereignty of the American people.

The question that the LGBTQ+ proposed Bill in Ghana faces must be analysed from this legal lens.

If the interpretation of the terse text of the 1992 Constitution on the question leads to absurdity or even if such clear text does not exist, then the Unwritten Constitution principle in American context must be applied within the Ghanaian context as well because it makes legal sense.

And in that exercise, therefore, one would ask the multi-dollar question: “What has been the lived experiences and lifestyle of the Ghanaian people prior to the adoption of the 1992 Constitution or say an earlier one of the 1925 Guggisberg Constitution?

This question is not a difficult legal question to answer by every nook and cranny of the Ghanaian society.

In fact, the lived experiences and lifestyle of the sovereignty of the Ghanaian people which cuts across all tribal and religious fronts dangerously frowns on man-man or woman-woman marriage or any of their modifications, prescribed by the LGBTQ+ Movement.

The legal answer is simple, within the context of right to marriage in Ghana, which same is advanced under the 14th Amendment in the US jurisdiction, marriage is between a naturally born male and naturally born female with such natural physical characteristics identified at birth.

Advancing the legal intellectual argument of the Yale Professor in question, Professor Akhil Reed Amar, an Authority on Constitutional Law - within the context of the Ghanaian jurisprudence, it is illegal to practise LGBTQ+ within our geopolitical spheres.

The passage of the law must be reflective of the majority view of the citizenry since Congress is representational.

I believe that the Ghanaian democracy is evinced along the same model and, therefore, if indeed, the majority of the rank and file of the Ghanaian populace abhor the LGBTQ+ Movement in Ghana, then it must reflect in Parliament, anything in the opposite will be counterproductive and non-representational in that sense.

How many of the 35 million+ people in Ghana today have publicly registered their disgust for the LGBTQ+ to serve an overwhelming evidence to challenge a contrary outcome from Parliament? Let’s do the needful!

The writer is the public relations officerof the ERMCRI Group, Accra. E-mail: This email address is being protected from spambots. You need JavaScript enabled to view it.